Flashkus Concept Saves Your Data and is Ready for Recycling

The latest concept design from Art Lebedev Studio is an unusual one. If the Art Lebedev Studio sounds familiar, you probably recognize the name as the people that teased us with lots of cool looking OLED keyboards for years. The latest project from the design house is called Flashkus. 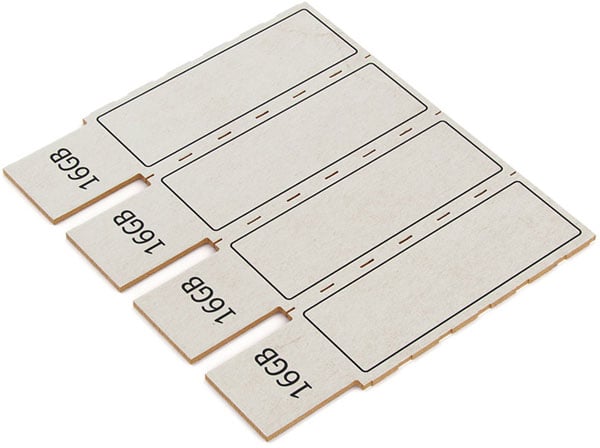 What you are looking at is a block of four cardboard disposable flash drives that have different amounts of storage on them. You just rip one off when you need to store data or share data with someone and they can slip them into a USB port to read the data. You could also write directly on the cardboard drive to label their contents. 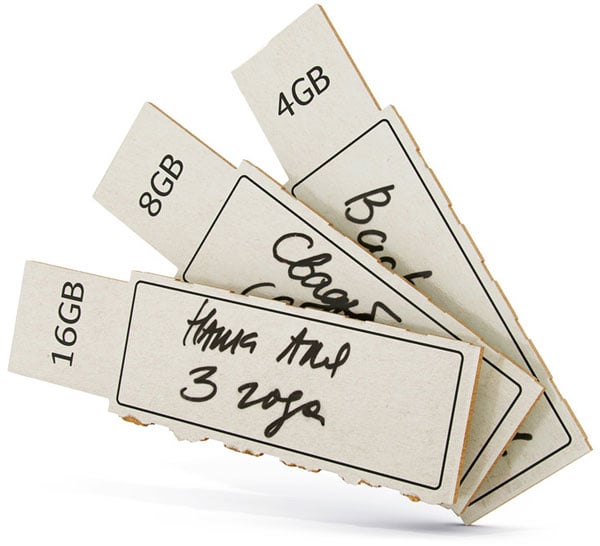 The only downside I see is that it doesn’t make a lot of sense to use a 16GB flash drive only once. I would assume the design would be robust enough to allow for multiple uses, but who knows. 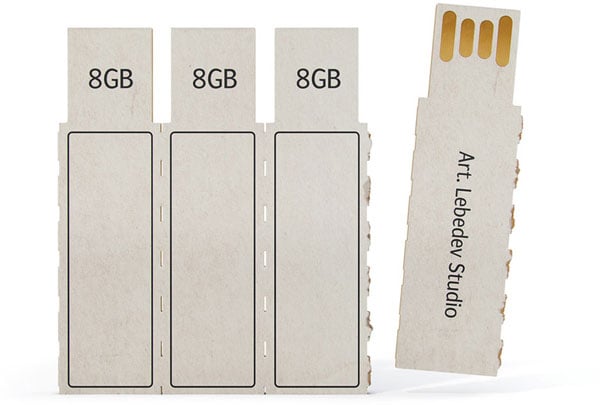 The other rub is that the outer shell of most flash drives isn’t where much of the cost comes in, it’s the actual NAND inside, which would cost the same in the Flashkus. These would have to be much cheaper than a normal flash drive to make sense. 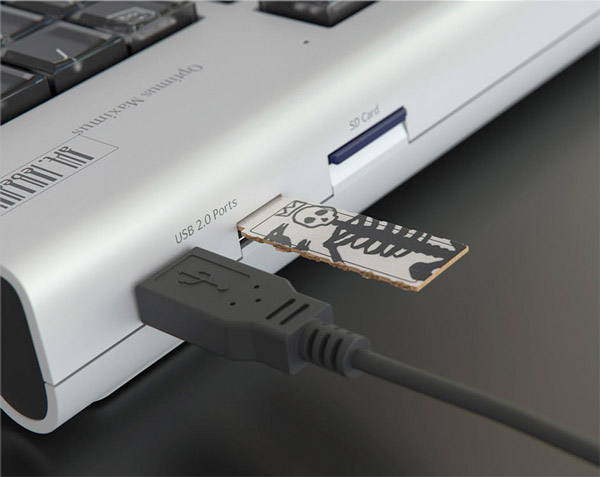