Wind-Up Battery Concept: My Fingers Hurt Just Thinking About It

Someday, engineers will figure out a way to make gadgets that never need to be recharged. But until they do, you always run the risk of running out of juice while you’re on the road away from a charger. There are lots of solutions out there, ranging from solar to secondary storage to kinetic chargers, but this concept is one I’ve not seen before. 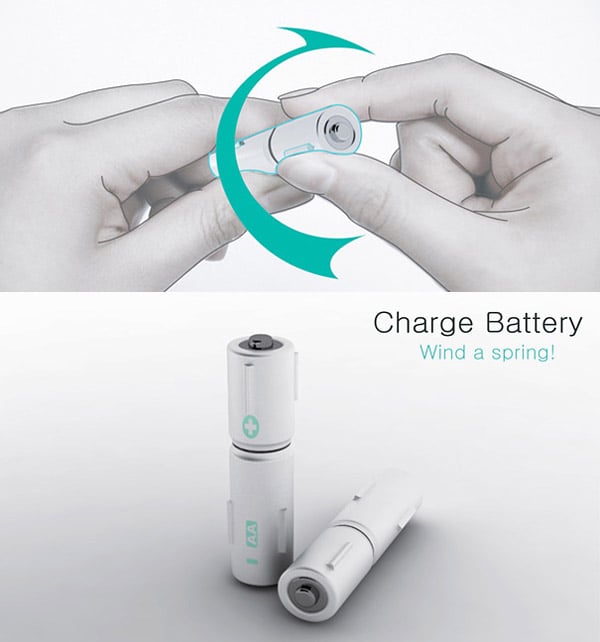 Designers Yeon Kyeong Hwang & Mieong Ho Kang have come up with a concept design for a battery that can be recharged simply by twisting the battery itself. The Charge Battery would have a built-in spiral spring, wrapped around a generator, which creates friction and turns that into energy for the built-in Ni-mH battery to juice up. 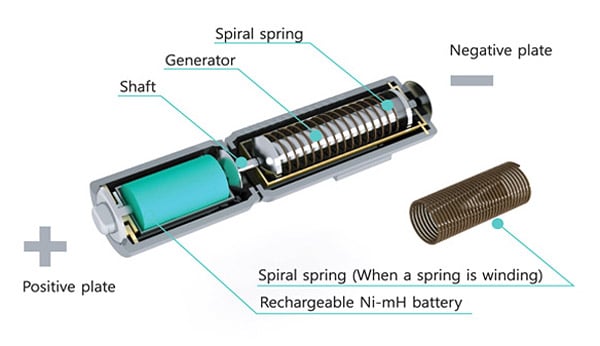 While the concept looks good on paper, I can’t imagine how many times you’d have to turn the battery with your fingers before it had enough charge to do anything meaningful. For now, I’ll just keep a spare set of batteries in my bag.