Kyocera caught everyone’s attention when they introduced Echo, a dual touchscreen phone running Android. The Echo didn’t stay unique for long though, because Fujitsu recently showed off their own dual touchscreen Android phone at the Mobile World Congress 2011. The yet unnamed smartphone is different from the Echo in that each screen can be switched from landscape to portrait, which certainly sounds interesting but has questionable benefits. 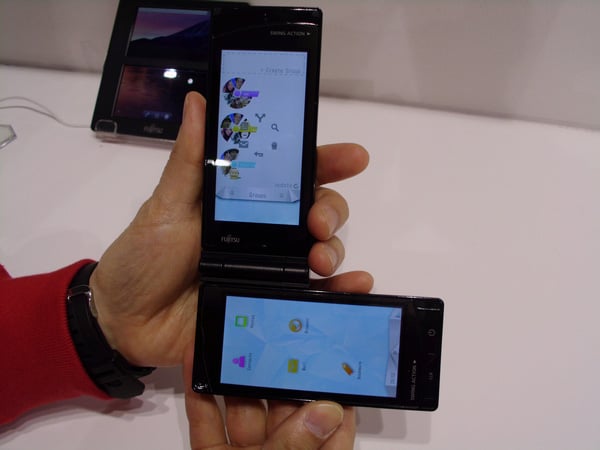 Before you accuse Fujitsu of being copycats, they’ve actually been developing the phone for quite a while, as evidenced by the footage we saw last year. But compared to the Echo, Fujitsu’s phone is clearly still a work in progress. 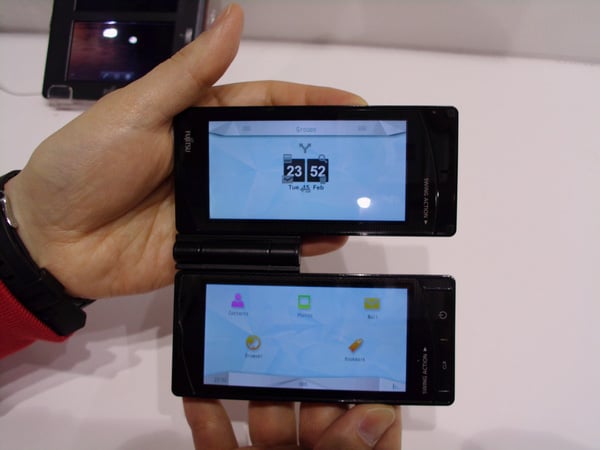 Personally I think they should scrap the phone’s gimmicky feature in the final product and just make it similar to the Echo. As I said, I’m not sure why they thought being able to rotate the screens independent of each other was a good idea, especially since it gives the phone a huge drawback – there’s a considerable gap between the two screens when both are in landscape mode, unlike in the Echo where the screens are nearly seamless in landscape mode.

Fujitsu is said to be planning to make the phone available this summer or fall, and while the prototype they showed was running Symbian, the final product will be running Android. Which do you guys prefer? The Echo or it’s echo?