The new SeaLife Dive & Sport Mini II camera can survived being submerged in up to 130-feet of water without any enclosure at all. Just the naked camera is able to do that, which is impressive. As you can see in the pics here, the camera is also able to withstand some abuse like the occasional drop and being parked on by trucks. 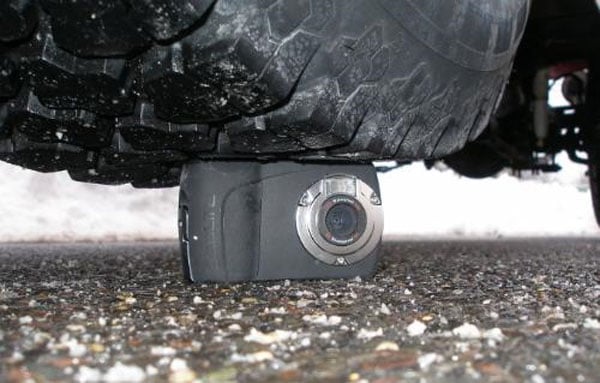 Other than being rugged, the camera has a 9MP sensor and can record VGA resolution video. It has no optical zoom, but does offer 3x digital zoom. The rear LCD is 2.4-inches, it has 28MB of internal storage, and storage can be expanded with up to 8GB SD cards. Power comes from a pair of AAA batteries and it can shoot about 100 images per set of normal alkaline batteries.