The Great Gatsby isn’t just a famous novel by F. Scott Fitzgerald, it’s also a NES game! Thanks to Charlie Hoey you can now play this retro game right on this website. 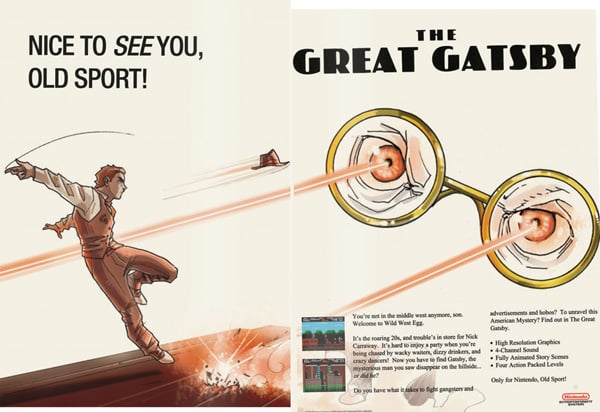 Charlie bought this game at a yard sale for 50 cents. After some TLC, it actually started working. It’s an unreleased version of the Japanese game called Doki Doki Toshokan: Gatsby no Monogatari. There isn’t much more to go on, but it was enough for Charlie to port it over into a Flash-based game that all can enjoy.

This definitely make me want to take out Contra or Shadow of the Ninja and play a few games. While it won’t help you write a book report for school, at least it’s a bit of fun. 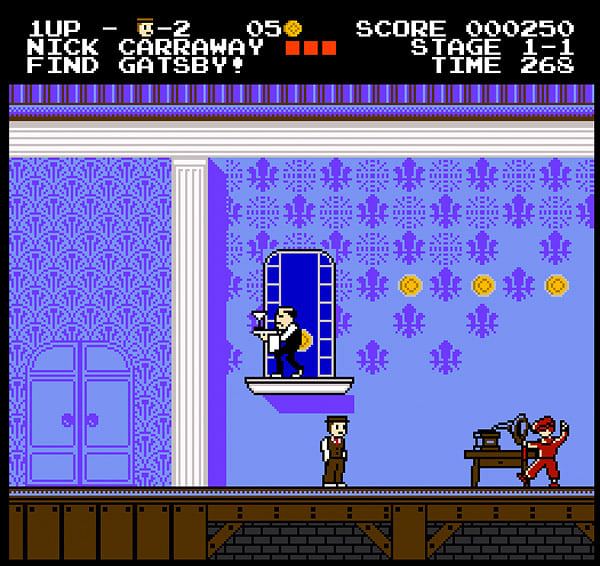