As expected, Kodykoala follows up his Mecha Luigi statue with a zombified version of the other Mario brother. Not even Koopa would want to mess with this bad dude. 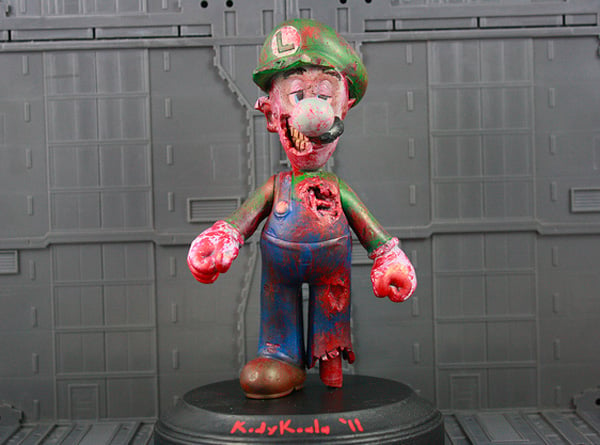 Damn that’s nasty. Kodykoala used a 6″ vinyl figure to make Zombie Luigi, making him 4″ smaller than Mecha Luigi. Check out the back view in the gallery to get a peek at Luigi’s brain. 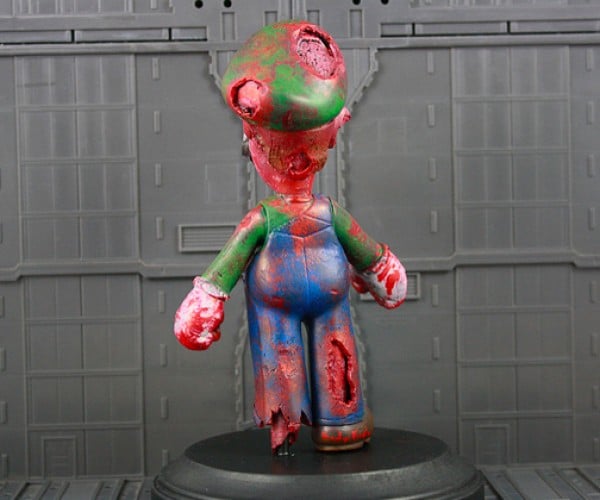 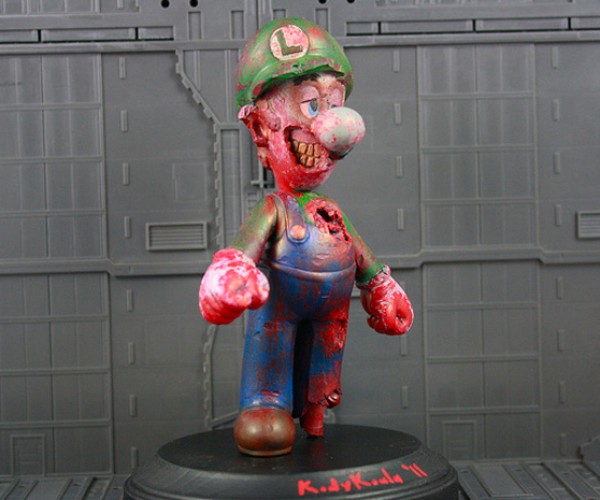 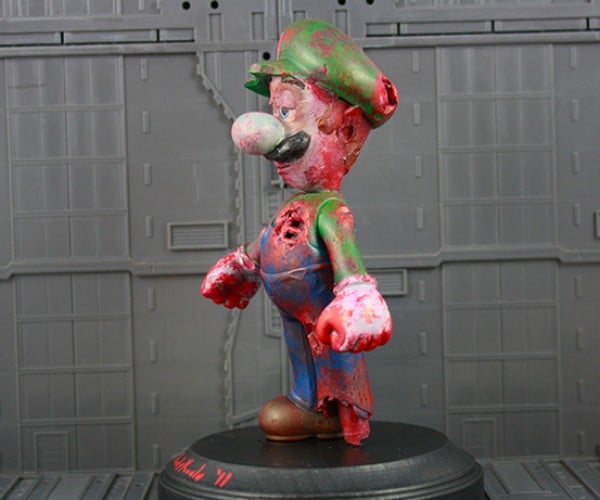 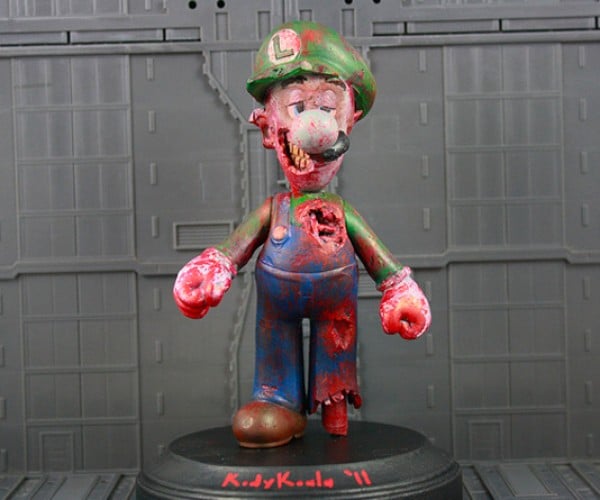 You can bid for Zombie Luigi at eBay. As of this writing, the starting bid is a mere $0.99 (USD), but I’m sure the price will still go up before the bidding is over, especially when the person who bought Zombie Yoshi finds out about it.