We can all agree that vacuuming sucks. It’s no fun to push that thing around the house sucking up all the debris and dirt that you and your family schleps inside. I have always thought that the inventor the Roomba should have been nominated for a Nobel Prize of some sort. After all, with that little bot we can brush all the crumbs on the floor and not worry about having to clean them up later, the robot will do it for you. 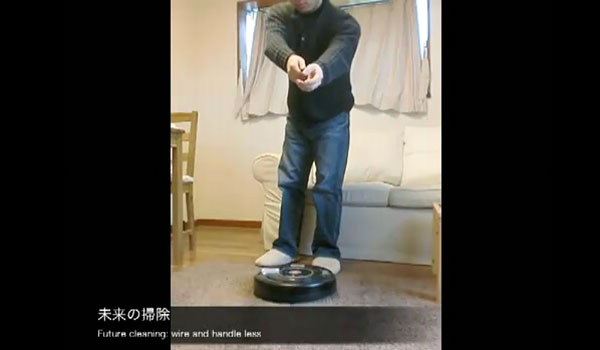 Now, a geek in Japan has taken his Roomba and cobbled it and the Microsoft Kinect together in a mash up that allows him to control the Roomba using gestures sensed by the Kinect. The controls allow the guy to pretend to be pushing a vacuum back and forth and the Roomba moves forward when he does and backwards with him.

It also supports other gestures as you can see in the video above. The downside I see is that the point of the Roomba is to not have to push the thing. Still, it’s a pretty cool hack and making a game out of this might actually get my kids to clean up after themselves.