Artist Jason Freeny knows his anatomy. Now he’s taken his biological skills and applied them to the creation of the single greatest Rubik’s Cube ever. The Brain Cube. 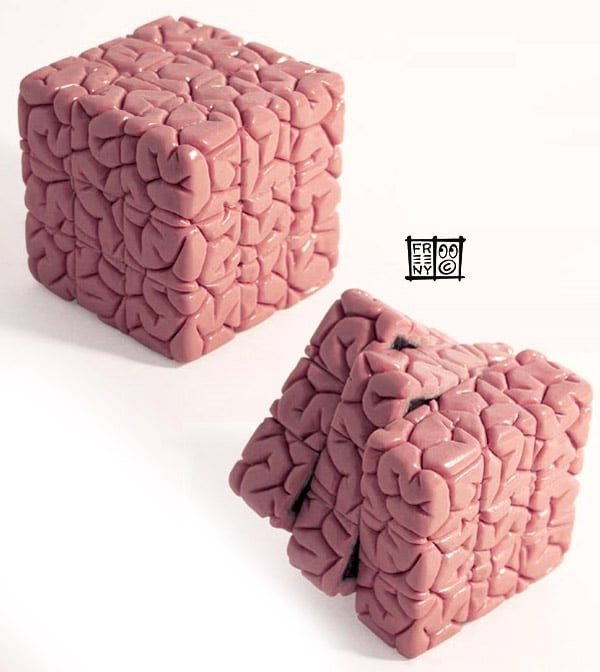 There’s not much to be said about this thing, except that it probably requires every synapse to be firing in your brain in order to solve it, since all the pieces look almost identical, and they’re all the same delicious brainy color.

[via Super Punch via Neatorama]