When I think about DARPA building robots, I envision something along the line of the Terminator or Johnny 5. That isn’t what DARPA has in mind though (at least in this project) as one of its projects has hit the prototype operation phase. 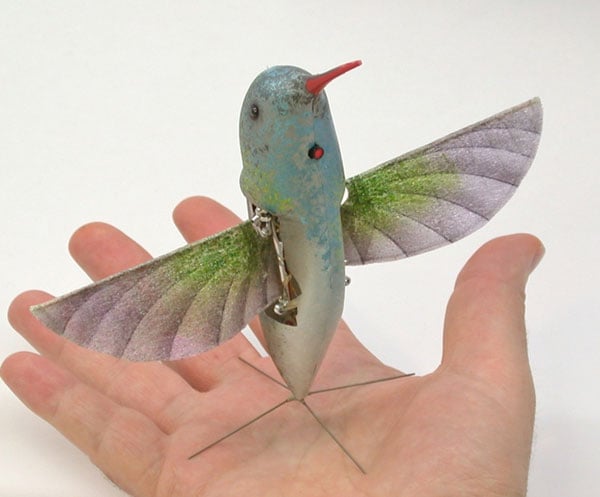 The project is the AeroVironment Nano Air Vehicle, and it looks like a hummingbird. The company says that the micro-aircraft is larger and heavier than an average hummingbird, but weighs less and is smaller than the largest hummingbird in nature. The remote controlled aerial vehicle has flapping wings that provide the ability to hover and fly in any direction the operator wants. Here’s a video showing the Nano hummingbird in action:

The tiny UAV measures 6.5-inchs wing tip to wing tip and has a total flying weight of 19 grams. That is very light considering the robot has all the hardware needed for flight, controls, a video camera, and the battery. The video that the flying machine shoots can be sent to a remote operator as well. According to AeroVironment, the hummingbird design could someday be used for providing undercover reconnaissance in urban environments.