Of all the research conducted around the world, the research that has some of the most life-altering potential for all sorts of products is the common battery. Batteries today are in computers, smartphones, cars, and lots more places. A battery that can hold more power has the potential to usher in a new era in gadget performance and driving range for electric vehicles. Equally important as storing lots of power in a battery, is a battery that can last a long time and survive lots of charge cycles. 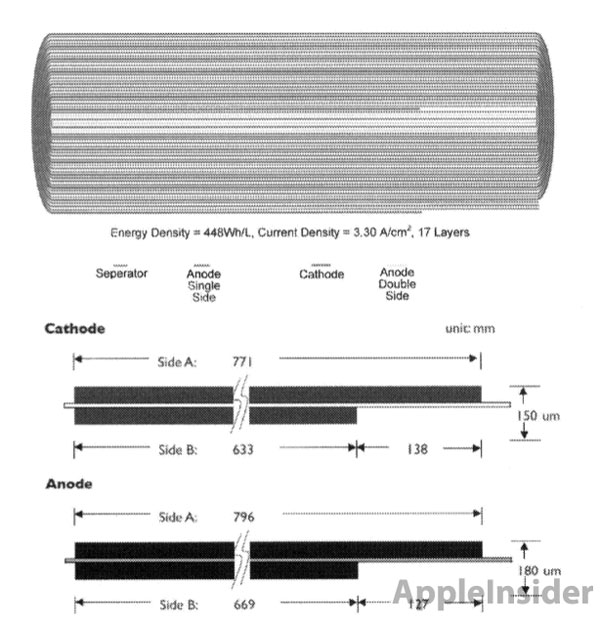 Apple has filed a patent app for a new battery that is the same physical size as existing batteries, but has a longer usable life and more power inside. The patent app is called, “Increasing Energy Density in Rechargeable Lithium Battery Cells.” The app outlines a way to charge a battery using what Apple calls “multi-step constant-current constant-voltage (CC-CV) charging technique.”

Apple would use the CC-CV technique to allow the thickness of the anode active material in the battery to be increase in volumetric and gravimetric density. Using a charging process that uses less current when the battery is more charged would also prevent the battery usable life from being shortened due to heat. The app was filed back in 2009, and there is no word on when or if the tech will find its way into notebooks and other gear.