Haven’t you always wanted to play Mario Kart in real life? French humorist Rémi Gaillard actually played Super Mario Kart for real, by driving a real go-cart through city traffic while he was disguised as Mario. 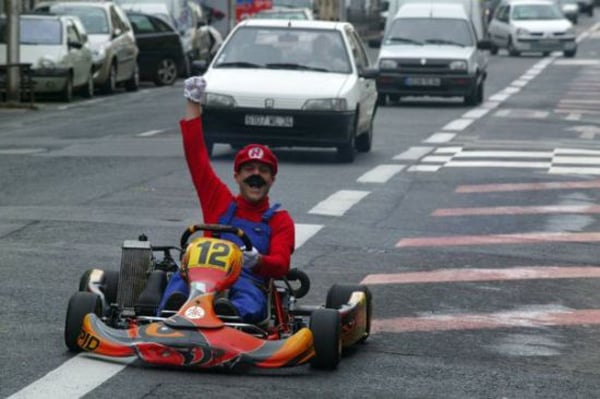 The video is pretty funny because Mario even tosses banana peels at other cars and drivers. He also collects power-ups and at one point, he even stops at a grocery store to pick up some extra bananas.

While you probably want to give this a try, it’s best that you don’t because Mario ends up meeting his match with some French motorcycle cops, who aren’t too pleased with his stunt. Flipping them off probably didn’t help matters!