I bet the Star Wars movies would have been much shorter if this was Han Solo’s ship: 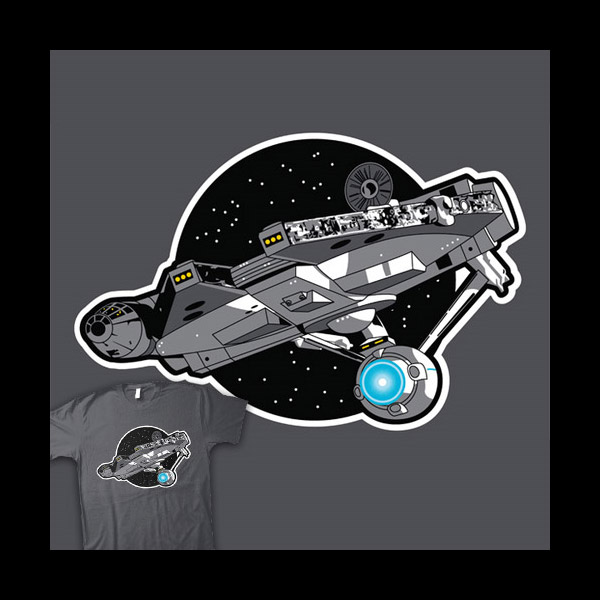 But in terms of appearance, I think the whole is less than the sum of its parts. You can get the Millenterprise Falcon t-shirt at Redbubble for $24 (USD). I wonder what a cross between Spock and Chewie – Woolcan? Vookie? – would look like.