While initially I thought that this was a Pong clock, it’s actually much cooler: it’s a DIY Pong clock. It combines many of my obsessions, including DIY, retro video games, and digital clocks. 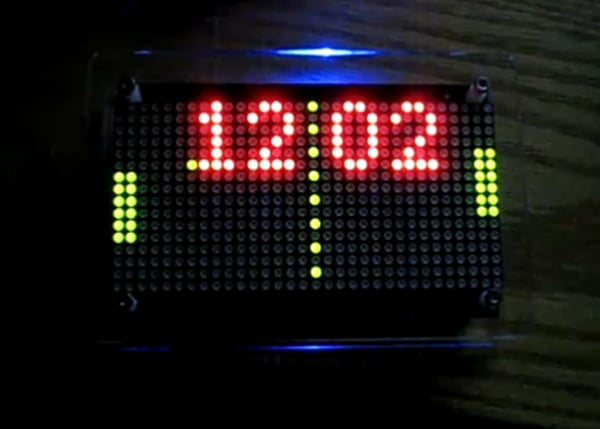 This LED Wise Clock 3 by florinc is really cool. It’s got a bi-color LED matrix display and runs on an Arduino controller. It will tell you the time while it plays a game of Pong. Sadly, people can’t play Pong on this DIY LED clock; you have to let the Arduino do its thing.

The Wise Clock 3 kit costs $62 (USD), plus you’ll need to spend another $30 or so on a Sure Electronics 3216 LED display too. If you’re not interested in building a clock, florinc offers a completely assembled (but slightly older model) – the Wise Clock 2 for $125. Hopefully, he’ll start offering the new version assembled too. 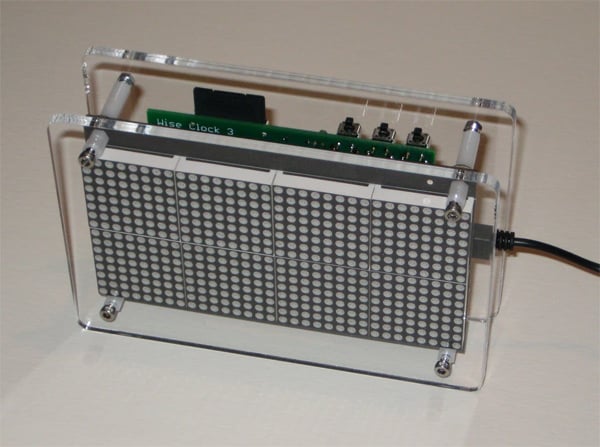