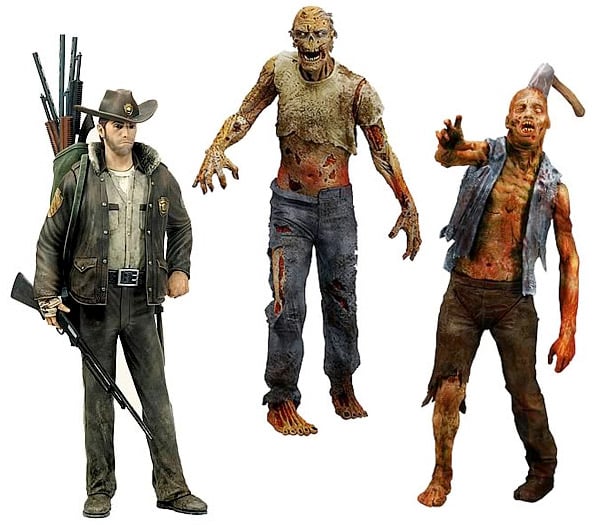 Two series of 6-inch-tall figures are set to ship this Fall, with September’s Series 1 featuring Rick Grimes (looks like he found his bag of guns), Michonne, a Zombie Lurker and a Zombie Roamer. The second series ships in November and includes an alternate version of Grimes, Daryl Dixon, a Zombie Walker and a Zombie Biter. The toys each have articulating joints and the zombies even have some removable limbs and other body parts. And from the looks of the early prototype of Michonne that MTV’s Splash Page managed to dig up, she’s got a sword and a drill on hand for plenty of brutal zombie-killing action. 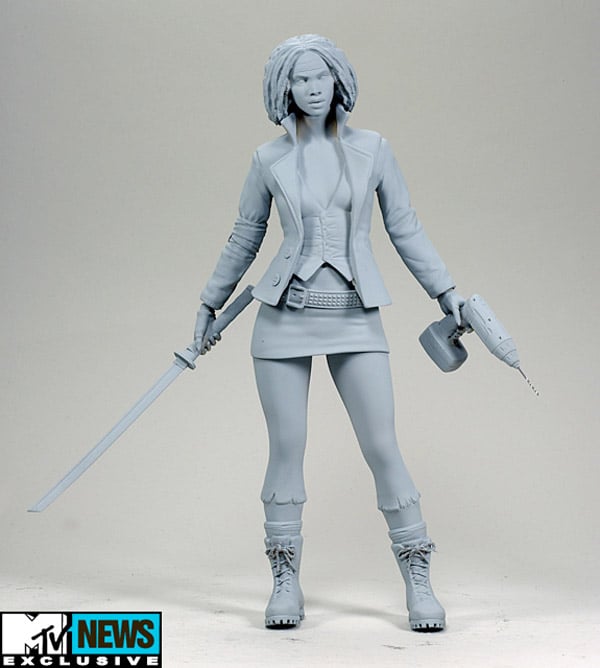 All eight figures are available for pre-order over at Entertainment Earth for $14.99 (USD) each, or in sets of 4 for $55.99. While you wait, you can check out more pics over on Facebook. Personally, I wish they would make one with Merle Dixon with a removable hand.