Razer is really widening its purview with the unveiling of several new gaming accessories over the last few months that aren’t strictly for PCs. Back in January, we saw the new Onza Xbox 360 controller and now Razer has new headphones that will work on the Xbox 360 and the PC. The headphones are called the Chimaera and come in two styles. 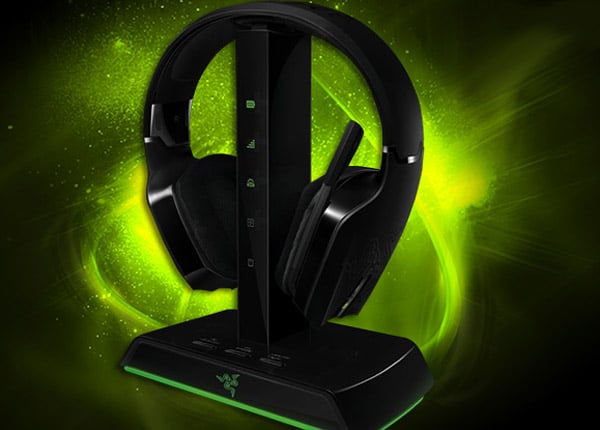 The Chimaera headphones come in standard stereo version and a 5.1 surround sound version. Both of the offerings need no wires from the base station to the headphones and use rechargeable batteries inside. The Stereo version uses 2.4GHz wireless tech and the 5.1 version uses 5.8GHz. Both of the offerings also have a mic that can be flipped up out of the way. Sound is pumped out using large 50mm neodymium drivers. 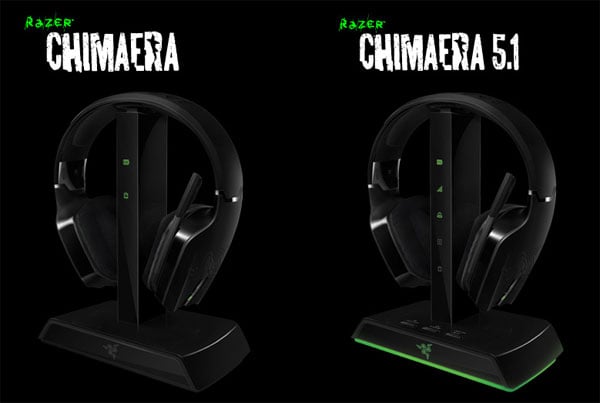 The headsets are made to work out of the box with the Xbox 360 and with and optional RCA to 3.5mm cable the headphones will work with PC. The battery life in the stereo set is up to 12 hours and the battery life for the 5.1 pair is up to 8-hours. The 5.1 set can also connect via an optical cable for true digital sound. Expect the 5.1 set to ship in April for $199.99 (USD) and the stereo set will ship this month for $129.99.