Star Trek Bathrobes: Don’t Beam Me Up, I’m in the Tub!

Ok, I can’t imagine a better geek gift than this. It’s an officially-licensed Starfleet bathrobe. 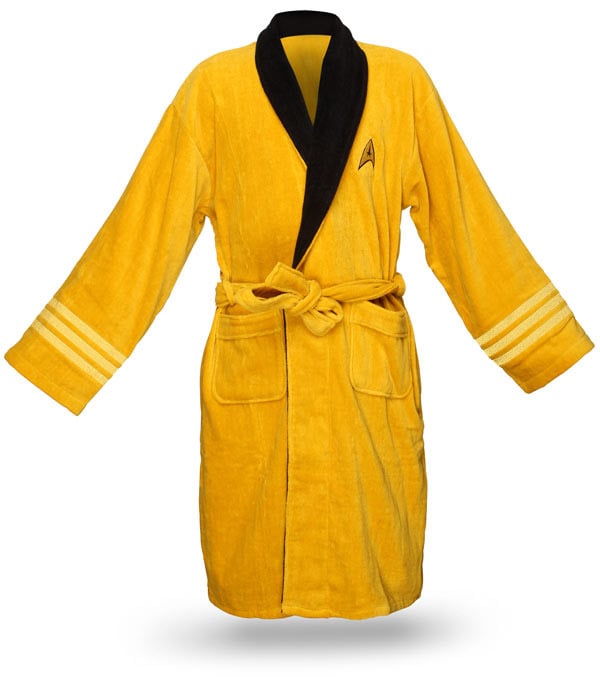 Rarely seen on the deck of the Enterprise, these toasty terrycloth robes must have been used by the crew when they had some downtime between missions. 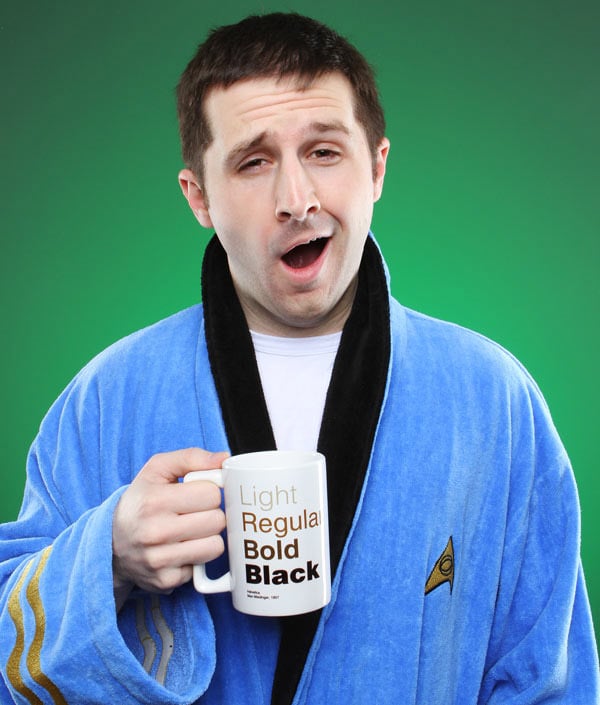 The robes are available in both Captain Kirk Yellow and Commander Spock Blue, and have the appropriate rank/department insignias and armbands for added accuracy – and we know how important those are to this guy. They’re available from ThinkGeek for $49.99 (USD), but are currently on backorder for a couple of weeks.