A Pair of Xbox 360 Joysticks, Literally. 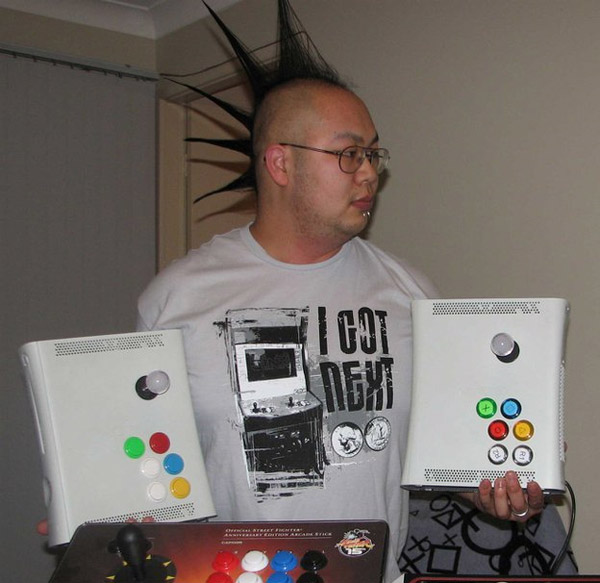 Morris actually turned one of his dead 360s into an Xbox 360 controller, but decided to defile the memory of the other one by turning it into a PS3/PS2/PC controller instead. Hah! 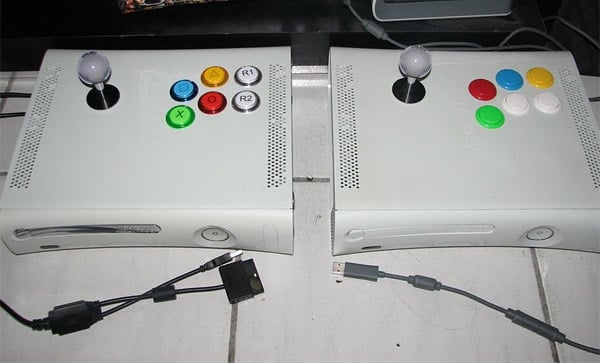 Each one has true arcade-quality Sanwa joystick, and Seimitsu buttons. Morris has documented the entire build process in gory detail over on the Atomic Forums if you want to try and do the same for yourself.

I guess when you’ve got a couple of red-ringed Xbox 360s lying around, this is a pretty good use of the old carcasses.