Here in the States, the oddest vending machines we get tend to be the sort in Airports that sell things like cameras and MP3 players. We don’t really get any of the truly disgusting ones like the Chinese vending machine that sells live crab. A strange vending machine has now surfaced in France that sells something I would like to see in US machines – fresh baked bread. 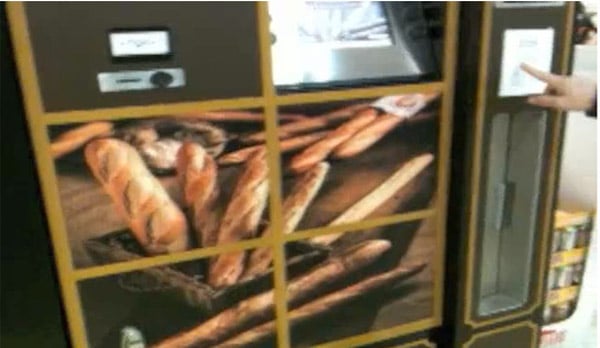 Fresh baked bread isn’t something we get a lot of in my area, the stores tend to bake once per day so if you get there too late it’s as cold had hard as a loaf wrapped in plastic. The French on the other had have a machine that you can slip a coin into and 90 seconds later the thing pops out a nice fresh baguette. 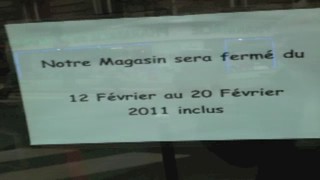 The guy that shot the video says that the taste and texture won’t be putting any bakeries out of business soon, but I bet it tastes better than the “fresh” bread at my local grocery store.

[via Super Punch via BoingBoing]