Even though it was obviously not it’s primary function, the oscilloscope is considered to be one of the first video game systems. Flashing LEDs pays tribute to that appropriately geeky root of gaming with this clever hack. By using a microcontroller to… you know what, honestly I don’t know what the hell he did, but here’s the end result: 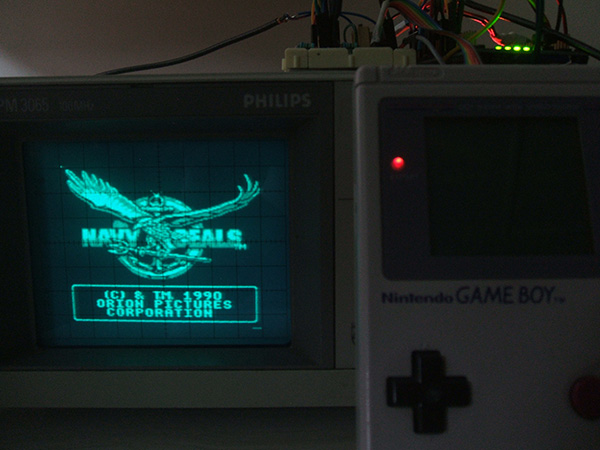 I wanted to say that this is like the circle of video games clicking close, one end meeting the other, but then I realized the Game Boy isn’t exactly the latest video game system. Still, to go from a bouncing dot to this is sufficient enough to serve as both a functional metaphor of how far our beloved pastime has come and as a tribute to its humble beginnings. Although I’m sure one of the billion modders out there has already figured out a way to control an oscilloscope using Kinect.

I’m not even a Zelda fan – happy 25th anniversary btw! – but that soundtrack is such a familiar sound of my childhood that I get goosebumps whenever I hear that. I hope you can hear me clapping from my side of the globe, Flashing LEDs. Check out his website for details on how he pulled off this wizardry.