Fabricate Yourself in 3D with Kinect

The Microsoft Kinect has been used for all sorts of interesting gameplay and visual hacks, but this is the first time I’ve seen it used in the process of generating physical objects. 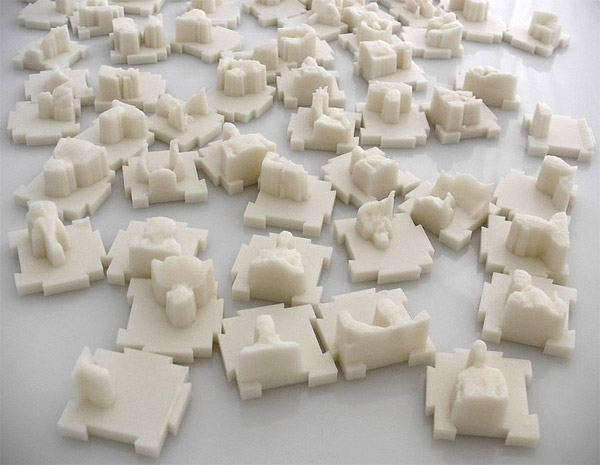 By using the Kinect cameras to grab 3D scans of subjects, a team of engineers took this data to produce 3D printed versions of subjects who posed in front of the Kinect. The Fabricate Yourself project is the brainchild of Karl D.D. Willis of the Interactive Fabrication research initiative. 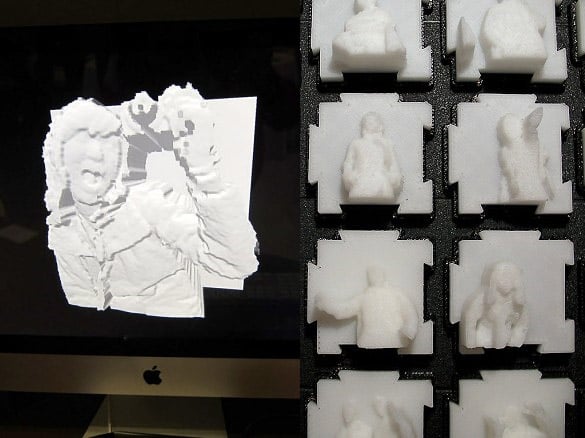 Demonstrated at the recent Tangible, Embedded and Embodied Interaction Conference, the system captured images of passersby on a Kinect attached to a Mac, then output the images to STL files, which were later printed on a Dimension uPrint 3D printer. Before printing, the 3D models were augmented with dovetail joints to allow them to be arranged into a jigsaw puzzle-like display. Here’s a brief video of Fabricate Yourself in action:

Cool, no? I can only imagine that these sort of 3D image capture and printing systems could someday turn up in place of the old photo booth. Instead of printing out a little strip of photos, the Kinect photobooth would output a tiny 3-dimensional avatar of you. 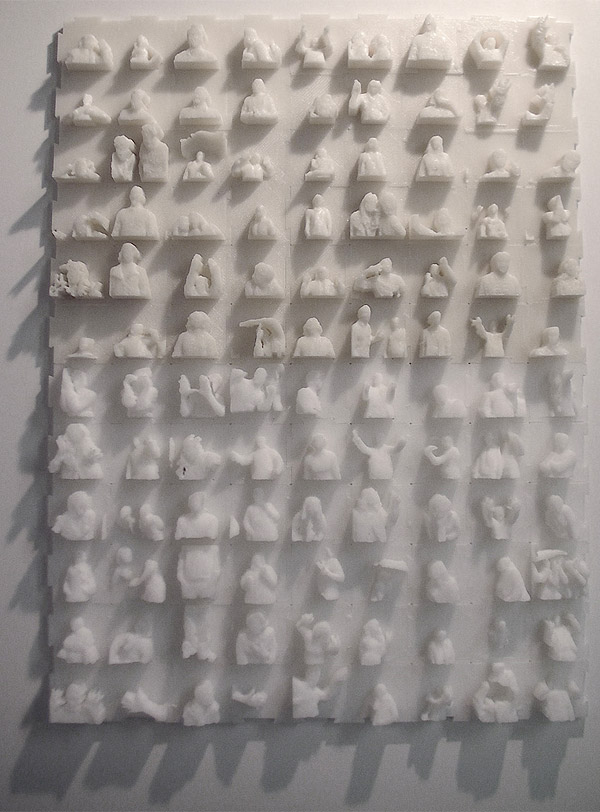 At this point, 3D printing is too slow to provide the sort of instant gratification that a photo booth can, but I’m sure it’s only a matter of time before the technology improves not only in speed, but in quality.