Portable console specialist Techknott has used his magical shrink ray on the best-selling console of all time. The result is still quite chunky, but you try holding a TV and the console in your hands. 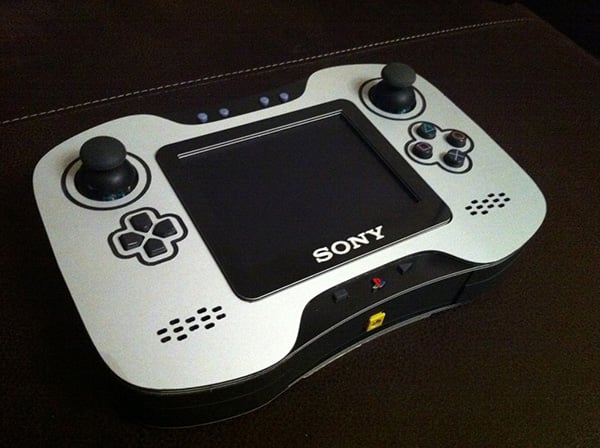 Similar to his portable GameCube and Dreamcast mods, the handheld PS2 runs games the old fashioned way, via the disc drive mounted at the back.

I still think the PS3 WVI is his best work, but this one is a close second. The mod doesn’t have a battery pack, so it has to be plugged in. Before you rage and rant about how dumb Techknott is for not including a battery, you should know that it’s not really his idea. Someone asked Techknott to make the handheld PS2, and specifically opted to not have a battery pack in order to lower the costs.

Unfortunately for Techknott – but fortunately for you – that douchebag customer hasn’t contacted or paid him now that the device is finished. So if you want this one of a kind device, all you have to do is drop Techknott a line on YouTube and get to haggling.