What kind of game do you think would be awesome to play using voice commands only? Probably a military-type game, where you play a commanding officer. Or maybe a D&D game. I could think of a couple more, but I wouldn’t think of a voice-controlled shooter. And yet that’s exactly what Incredible Ape’s PewPewPewPewPewPewPewPewPew is. The upcoming Xbox Live Indie Game has a simple control scheme – make the character shoot by saying – wait for it – “pew”. 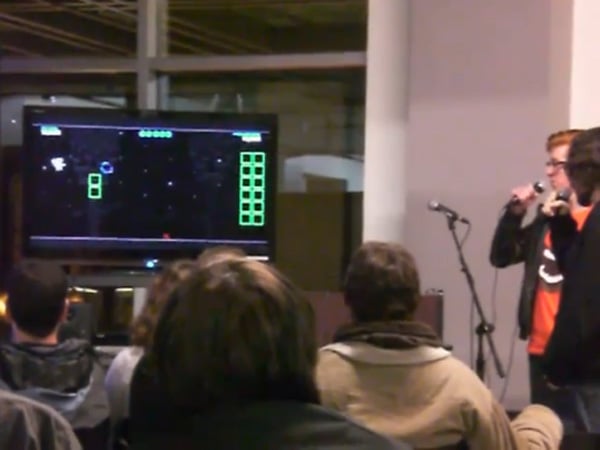 As if that didn’t make it unique and wacky enough, the game actually requires two players to play, er speak – one shoots, while the other one makes “jetpack sounds” to control the hero’s movement. Here’s the game in action at the Global Game Jam 2011:

The game is compatible with Rock Band microphones as well as the Xbox 360 headsets. Ready to get pew pewing? You’ll have to wait a little while, because as of this writing the game is still up for review.