everyAir: Play PS3 Games on Your iPad or iPhone!

You’re not seeing things. This is actually a photo of God of War 3 being played on an iPhone. 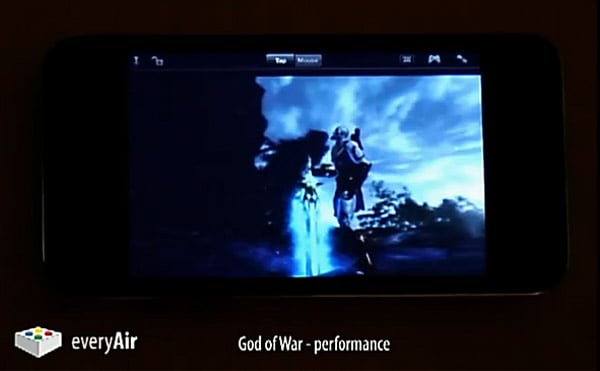 The guys at pandaelf software have managed to put together a fairly complex implementation of their everyAir remote screen control system, which allows them to play PS3 games remotely on both an iPhone and an iPad. In addition to real-time remote video from Sony’s console, the hack also include touch and gesture controls for games. 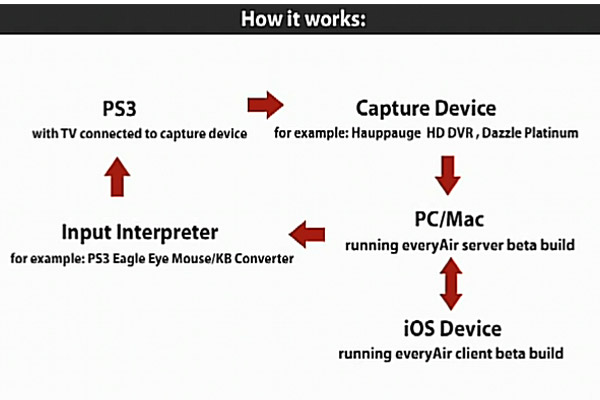 At its core, the hack requires a video capture card to pull the video over from the PS3 to PC or Mac, and a USB mouse/keyboard converter connected to the PS3.

Gran Turismo 5 on an iPad? Cool, no? The Pandaelves also say they could actually cut out all the extraneous components and let you control your console directly, if Sony were to every open up the OS and allow thse sort of low-level apps to be built by developers. We can dream, can’t we?

Next up, the guys are working on an Xbox 360 demo, and also plan to release a version of this to the public at some point in the future.