Football is a rough sport and players get hurt all the time from the forces and impacts that are generated in the game. There have been some calls for new safety gear that will monitor the force of hits and strikes. The NFL is also using high-tech clothing to help trainers and coaches see how well a player performs. 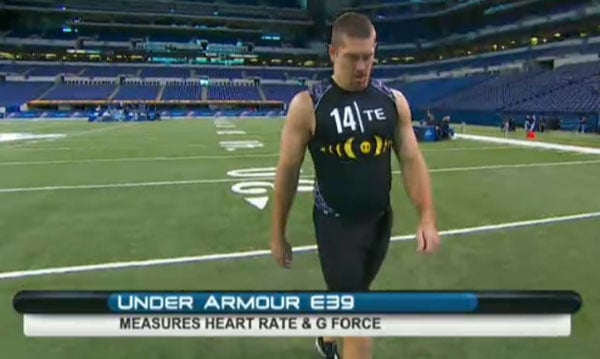 During the NFL Scouting Combine this weekend, some players were wearing high-tech shirts from Under Armour that have sensors that are around the chest height. The sensors inside the clothing were used to measure the players’ respiratory system, heart rate and G-forces as they ran and performed other tasks. 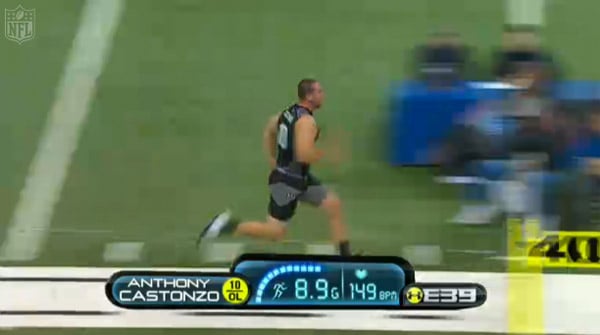 According to the NFL, the sensor-laden shirts will help trainers to get players into peak form. The G-force sensors for instance will let the trainer and coach know that the player can’t cut as well from one side as the other so they can work on the off side to improve performance. Eventually, the sensor-laden shirts will find their way to the consumer and other sports.