Video Game Controller Alarm Clocks: Get Your Time On

I just knew that controller evolution chart was missing some species. Thanks to artist Roger Ibars, my suspicions have been confirmed. His “Hard-wired devices” collection consists of 100 video game controllers, starting from the Atari 2600 Joystick and ending with a Guitar Hero guitar peripheral. 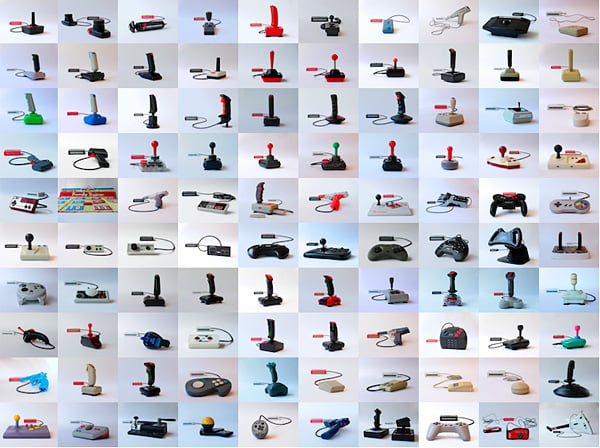 Ibars modded each device, and they now serve as alarm clock controllers, a collection “in which two cultures of interface blend: the computer gaming culture and the home appliance culture.” But I think Ibars’ collection also gives us a good, albeit incomplete look at how controllers have evolved over the years. I’m quite surprised at the number of controllers which are essentially minor revisions to the Atari joystick. 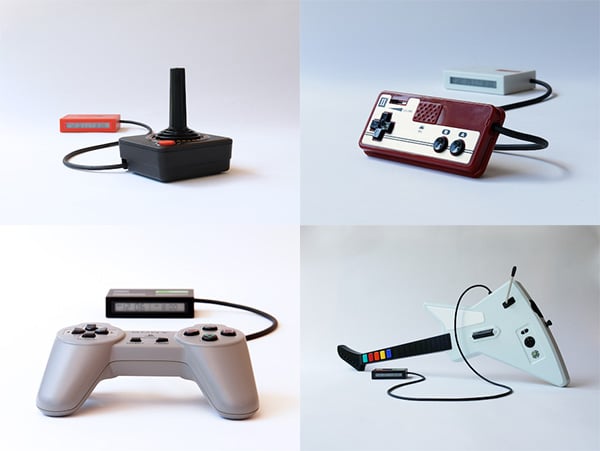 Just like with the chart, Ibars also excluded the computer keyboard, and I understand why – it wasn’t primarily meant for gaming after all. Nonetheless, it has proven to be one of the most versatile video game controllers we’ve ever seen. The thing is, I think the keyboard could substitute for the Ibars’ whole collection. We don’t really need to attach an alarm clock to a keyboard either, because it already straddles that line between a practical device and one that’s used for entertainment. Check out Ibars’ website to get more info on each of the controllers.