Any geek knows that Jabba’s prized possession (other than a bikini clad Leia) was Han Solo encased in carbonite. That is one of the most iconic scenes from The Empire Strikes Back. Someone has taken that carbonite Solo and recreated it grandma-style. 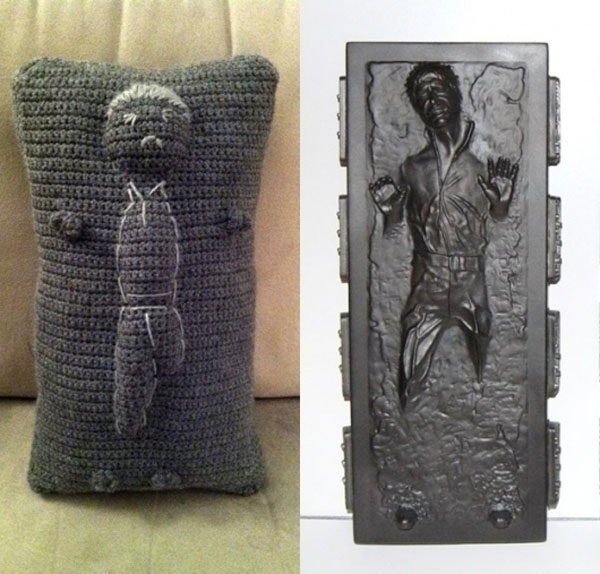 The details on this thing are scant and no pattern is offered. The pillow apparently measures 16-inches long and 9-inches wide. You can see from the pics that it is a very rough recreation of Solo and his form encased in yarnbonite.

It looks like some sort of voodoo device or perhaps a toy for a baby Hutt to me. Still, it’s a geeky bit of Star Wars DIY that I couldn’t pass up.