Ah, marathons. It seems that robots are now taking up the task of running them for us. The winner of the first robot marathon is a small robot called Robovie-PC. 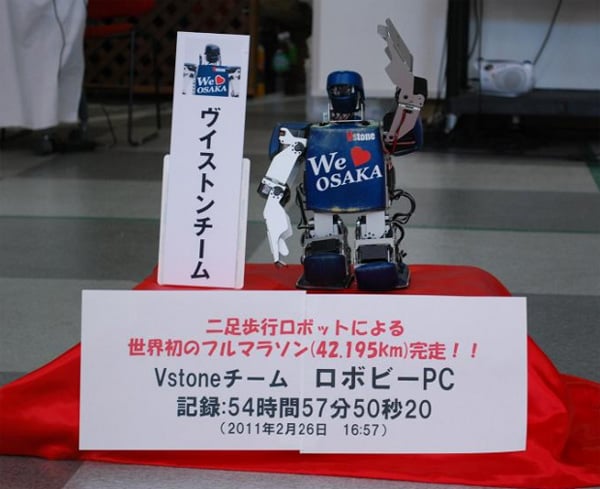 Yep, it was a real marathon, not a mini-marathon, and definitely not this.  There were five robots running a 330-foot track for the Vstone Robot Marathon [JP]. They had to run this over 400  times to complete a full marathon. The race was a full 26.2 miles long, but the guys over at PlasticPals point out that in robot scale (1/4.5 scale), they would have actually run closer to 118 miles in human scale. 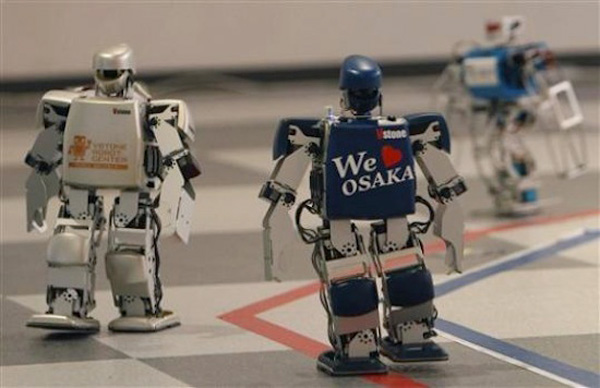 The mini humanoid Robovie-PC stands about 16 inches tall and weighs 53 pounds. It has a total of 20 joints. Robovie-PC beat his closest opponent by just a second. It took him 55 hours to complete the marathon. His average speed was less than 0.5 mph. I guess there’s not danger of robots winning any real marathons soon.

[via Yahoo!News [JP] via PlasticPals]