We’re All Veterans of This War [Pokemon]

I only played one Pokémon game, and I didn’t even finish it, so I don’t know if somewhere in its lore there’s a justification as to why the trainers don’t go to school. But if they did, this is probably how their weeknights would be spent: 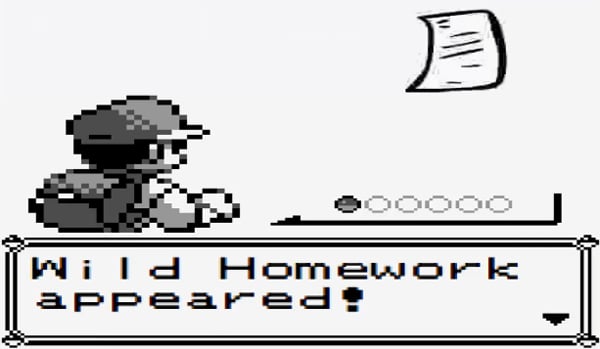 Student vs Homework is an awesome parody was made by Connor Murphy, who I’m sure must have been hit by Math many times in his life.

That’s… not really a victory is it? That just sets you up for a battle with a Teacher, and then a 2-on-1 beat down against Parents.