Giant Cave Found on the Moon

This is awesome. A team of scientists at the Indian Space Research Organization has discovered what they claim to be a massive underground cave on the moon. The scientists think that in the future the cave might even possibly be able to be used as a moon base. Perhaps the moon really isn’t a moon, but a fully functional space station. 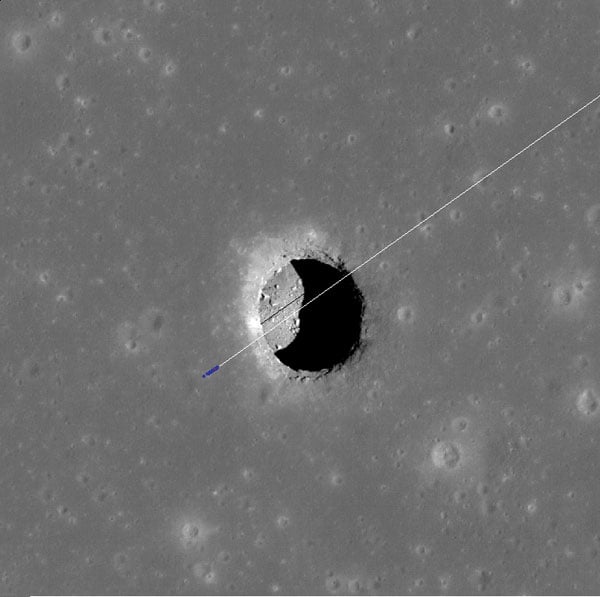 The cave was discovered by an instrument on the Chandrayaan-1 spacecraft. The cave is near the moons equator and is thought to be 1.7km long and 120-meters wide. The location is near the Oceanus Procellarum that could be a suitable location for a base on the moon for future mission into space.

The cool part is that the underground temperature is thought to be in the area of -20°C all the time and the walls of the cave are thick enough to protect from micro meteors, radiation and other things that could harm astronauts. The cave is thought to be a lava tube along the lines of those we see on Earth.

P.S.: The image here isn’t the actual cave and is from Projectswordtoys.blogspot.com.