After months of speculation and hype, Apple today revealed the specs and release plans for the 2nd generation iPad, the iPad 2. And as an added bonus, the recently reclusive Steve Jobs himself introduced the new version of Apple’s wonder-tablet. In today’s press conference – before revealing the iPad 2 – Jobs revealed that the original iPad sold over 15 million units in just 9 months in 2010, making more that every tablet PC ever sold combined. Wow. And the app store already has over 65,000 iPad-specific apps. But enough stats. Let’s get to the juicy bits about the new iPad 2. 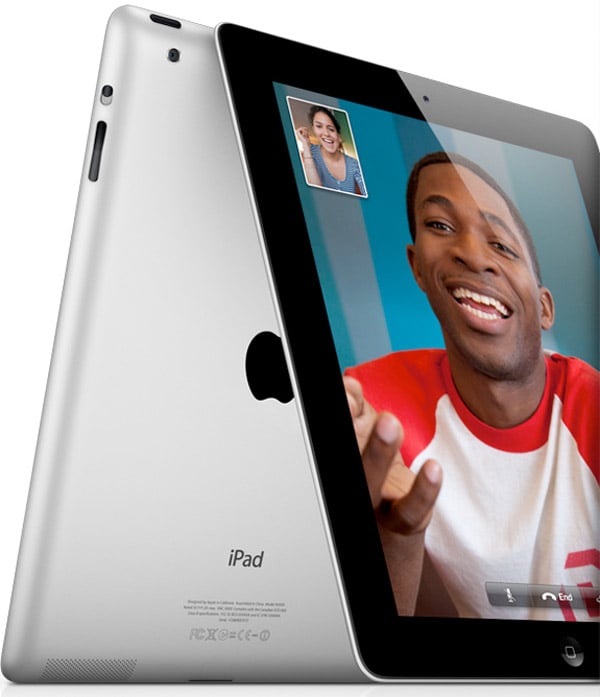 As predicted, the new iPad 2 will feature a svelte new body design (which looks a whole lot like the pics I shared last night), with tapered edges that not only make it thinner, but less likely to slip out of your hands. The new case measures 8.8mm thick compared to 13.4mm on the original. To put that in perspective, it’s thinner than an iPhone 4. It also weighs 1.33 pounds, about 15% less than the original. In addition, the iPad 2 will ship in either black or white bezel designs – which is more than we can say for the iPhone 4 ;) 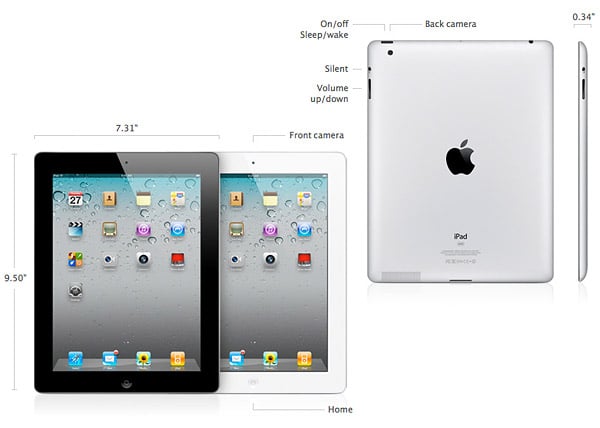 The iPad 2 will also feature both front and rear-facing cameras, with the front camera having a VGA resolution, and the rear camera offering 720p video recording. Of course, the front-facing camera will take full advantage of FaceTime, so you can video conference between iPads, iPhones and Macs. Also included is a portable version of Photo Booth, complete with all the silly, unnecessary effects from the desktop version.

Under the hood, the new iPad 2 gets a serious hardware boost, jumping to a new dual-core A5 CPU,which runs at up to twice the speed of the original A4 CPU, and offers up to nine-fold graphical speed improvements. All these improvements should speed up what is already a pretty fast device in the first-gen version. Amazingly, with those improvements, battery life is expected to be the same as the current iPad. It’s not clear if RAM has been increased from 256MB though. Video resolution has not changed, with the same LED backlit 1024×768 IPS 9.7-inch display just like the original.

Another hardware improvement is the HDMI video out capability, which will require a $39 adapter that plugs into the 30-pin dock port, providing simultaneous USB and HDMI connectivity so you can charge up while watching video on the big screen. This output will work with all apps, supports screen rotation, and resolution up to 1080p. The iPad 2 will ship with iOS 4.3, which features speed-ups in Safari, iTunes home sharing, tweaks to AirPlay, and – thank god – the ability to decide if your iPad switch is for rotation lock or muting the device. 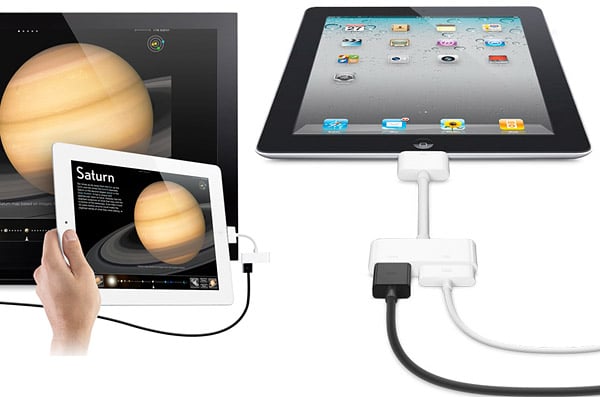 Apple also revealed a new cover for the iPad called the Smart Cover. Instead of being a full case that obscures the beautiful design of the device, the Smart Cover attaches magnetically to the front of the iPad 2, and the iPad 2 automagically turns on when you open it and goes to sleep when you close it. Plus, it’s got a microfiber lining to keep your screen less fingerprinty. 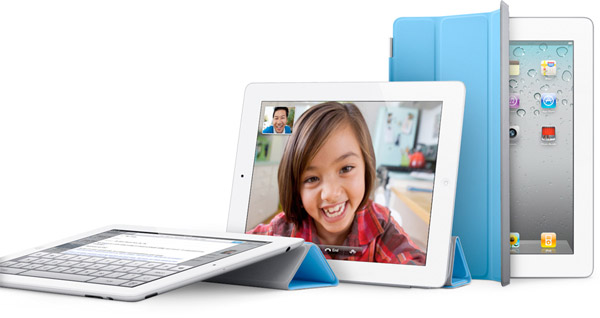 The Smart Cover has an ingenious folded design that lets you turn it into a stand for your iPad 2 as well. My only concern is using something with magnets means you need to keep it away from other devices in your backpack with hard drives, or credit cards unless you want to erase them. The Smart Cover will ship in a wide variety of colors and in both polyurethane and leather construction. Smart Cover prices range from $39 to $69. 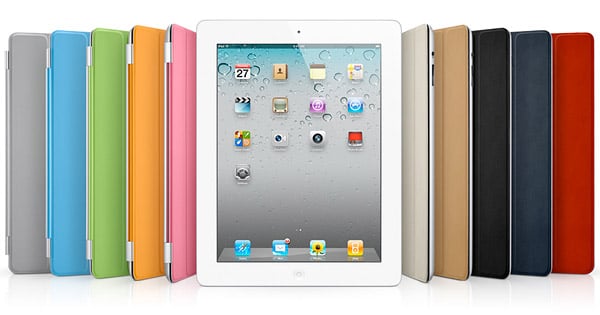 While I’m not yet convinced that the improvements will be enough to make me upgrade from my current iPad, buyers who were on the fence about buying one will definitely find more to love about an already great device in the iPad 2.