I can admit that I have a hard time making anything other than what the instructions show with LEGO bricks most of the time. I think when geeks can take the bricks and make cool things out of them sans instructions it’s really cool. 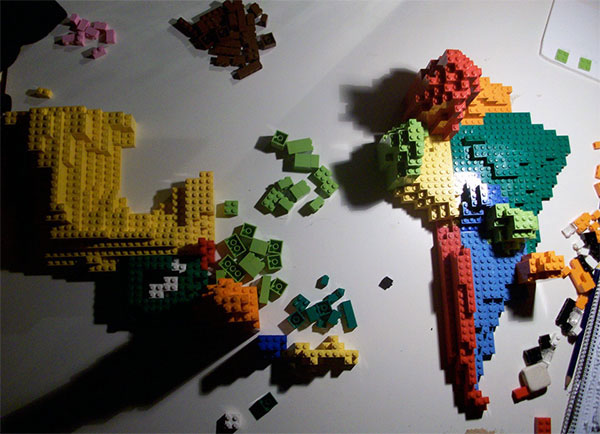 A dude named Samuel Granados has taken a bunch of small LEGO bricks and used them to build up a geographical map that shows migration data into specific places in North America using colored blocks. One side of the map shows the emigrants in each zone and the other side shows the immigrants by volume of pieces. That is really cool. I guess the higher the bricks reach, the more emigrants in the zone. 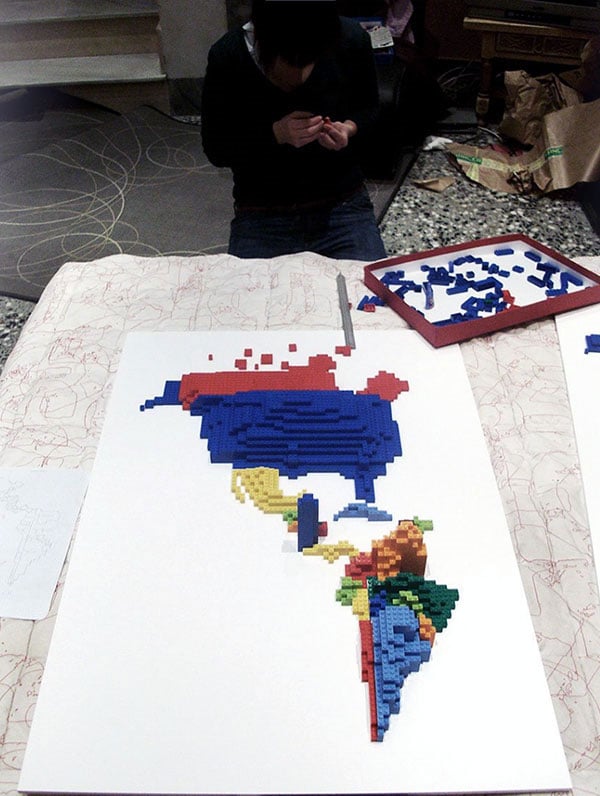 The guy doesn’t offer up a key so we can read the map, but the LEGO topography looks accurate and the works is sized to fit on a frame that appears to be hanging in a museum. Anything with LEGO is cool with me. I likey. 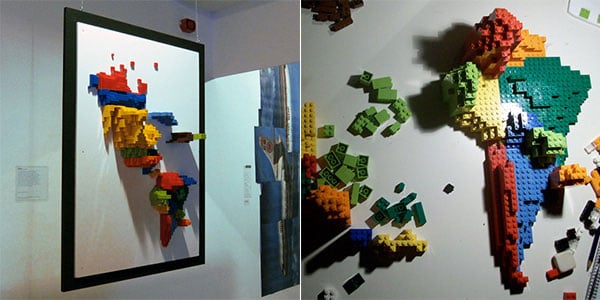 [via Infographics News via Infosthetics]