Fans of the Resident Evil series will likely start drooling the minute they get a gander at this epic casemod, inspired by the popular gaming and movie franchise. 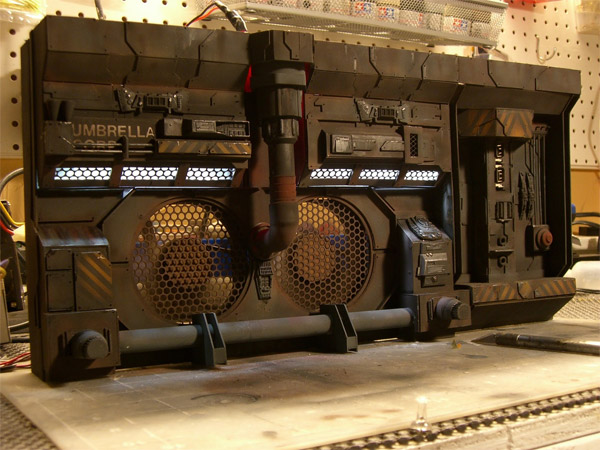 While the photos of this awesome thing already look pretty damned polished, modder Ron L. Christainson says he’s still got a couple of months of work left to finish up his Biohazard PC – which he started over a year ago. It’s not clear from the pictures, but I think the part with the fans will form the left wall of this massive Umbrella Corp. complex, but if you look closely, you’ll see a couple of USB, Firewire and audio ports there on the right side of the fan wall. 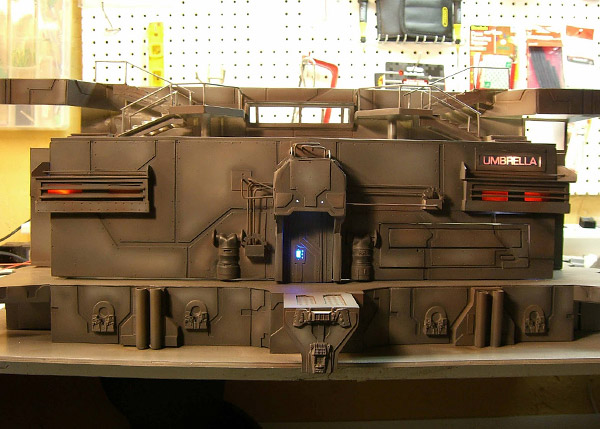 Ron is building the insanely complex custom PC from polystyrene sheeting, and various and sundry parts from science fiction models. As you can see from the pics, the mod is loaded with incredible details, echoing the weathered looks of the decrepit Biohazard plant. Once complete, Ron’s PC will have a high-end watercooled gaming system under the hood – perfect for a round of Resident Evil 5 while he waits for R.E. 6 to come out. 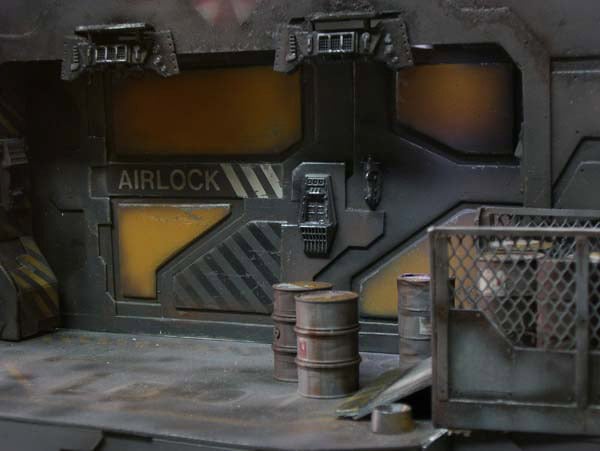 Check out Ron’s current build progress, as well as the history of this over-the-top casemod over at Blue Horse Studios. He’s also documented the build with over 2 hours of video over on YouTube.