The guys over at iFixit are pretty amazing. Not only do they do the best device teardowns on the web, they’re now starting to rip apart the guts of devices which aren’t even out yet here in the U.S. They recently headed all the way to Japan to get their hands on the brand new Nintendo 3DS, splaying its guts out on the table for all to see. 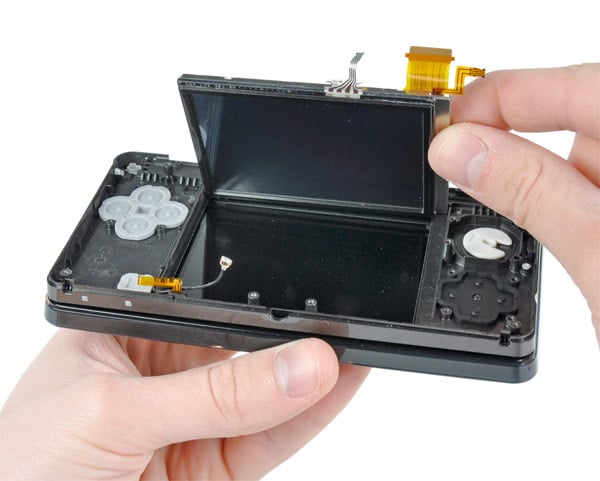 According to the iFixit guys, the case wasn’t the easiest thing to get apart, rating it only a 5 out of 10 on the repairability scale. The main reason for the difficulty is the complex set of ribbon cables and hollow hinges connecting the top to the bottom of the 3DS. But you shouldn’t be opening up your shiny new toy anyhow, right? One plus is that the battery pack is easily replaced by just removing the back case screws, which use standard philips screws. 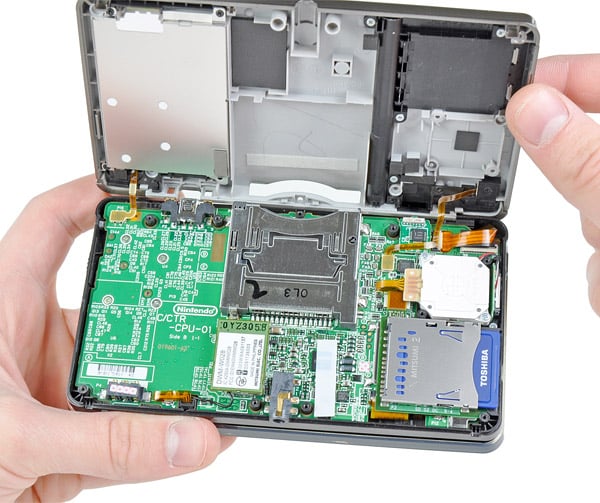 Under the hood, they found the following chip components, some of which are so cryptic that we have no idea what they’re used for:

In addition, they verified that the 3D top display uses a parallax vision effect to achieve 3D images, and there’s an adjustable layer in the LCD which can adjust the intensity of the 3D effect. One interesting point – not everyone can see the 3D effect. One of about ten people at iFixit could not see the effect. Interesting.

The 3DS won’t win any awards for battery life, with a 3.7V, 1300mAh lithium-ion battery that offers only about 3 to 5 hours of play on 3DS games and 5 to 8 hours on original DS games. The device has a much more powerful CPU and dual LCD layers in the top screen which will drain battery much faster than the DS and DS Lite. So be prepared to charge up frequently (or stay plugged in) during marathon gaming sessions. 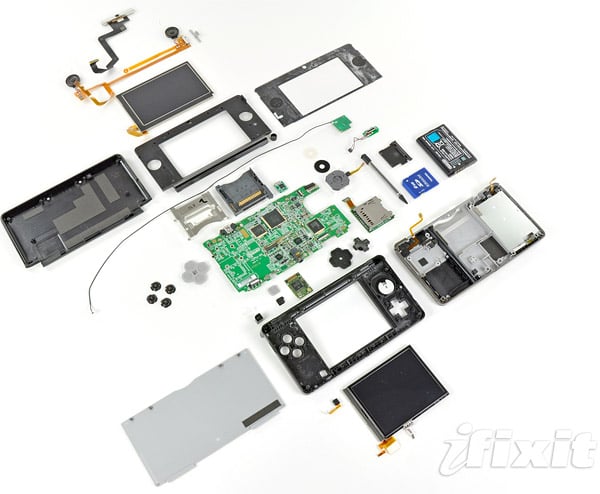 They also checked out the infrared port on the 3DS, which is driven by an NXC controller chip, but nobody knows what it’ll be used for yet. They’re guessing for 3DS-to-3DS communication, but with WiFi built in, I don’t know why you’d need that. Maybe you’ll be able to use the 3DS as a remote for your TV?

We’ve only got a few of the teardown pics here, so if you want to check out the full process, in all its gory goodness, head on over to iFixit.