Olight SR90 Intimidator: The Flashlight to End All Flashlights

We’ve featured flashlights that are incredibly small and light, and flashlights that are designed to last at least forever. Now here’s a flashlight that goes over the top where it matters most: shining a light. Actually I don’t think “shining” can do justice to the Olight SR90 Intimidator, not when its maximum output is 2200 lumens – way brighter than a car’s headlights. It’s a freakin’ optic blast. It’s a flashheavy. 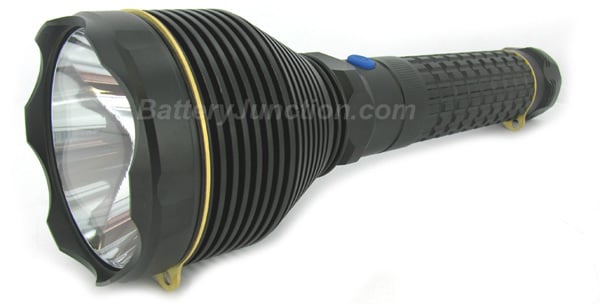 The light from the SR90 isn’t just strong, it has a phenomenal reach as well – 1000m, or about 0.6 miles. What. The flashlight can shine in full power for as long as 80 minutes before its battery runs out, but if you use it in Low Mode – a “mere” 700 lumens – then it can last up to 9 hours. And in case you need to attract attention or induce mass epileptic seizures, the SR90 has a Strobe Mode, where it will flicker on and off using the full 2200 lumens for up to 150 mins. straight. There are battery indicators at the bottom of the SR90 so you know how much longer you can fend off the darkness. 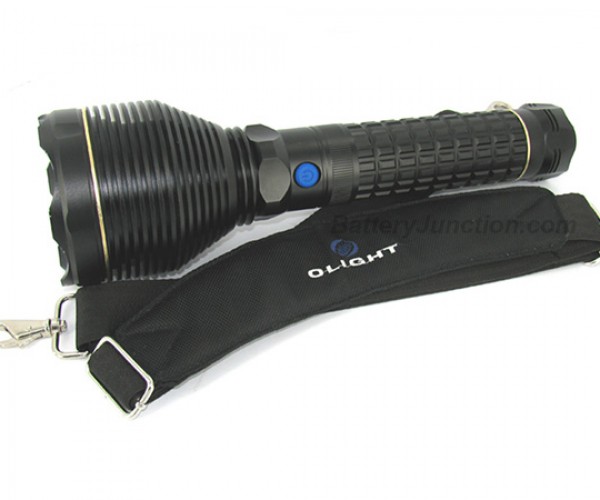 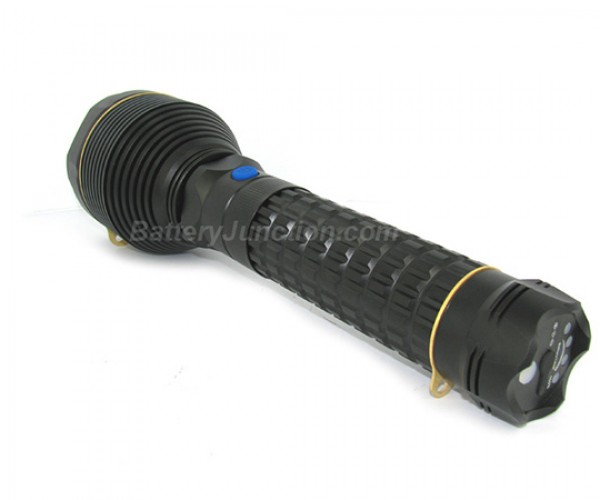 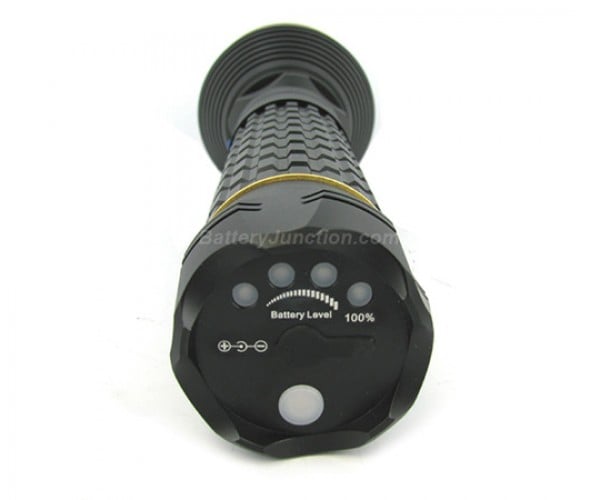 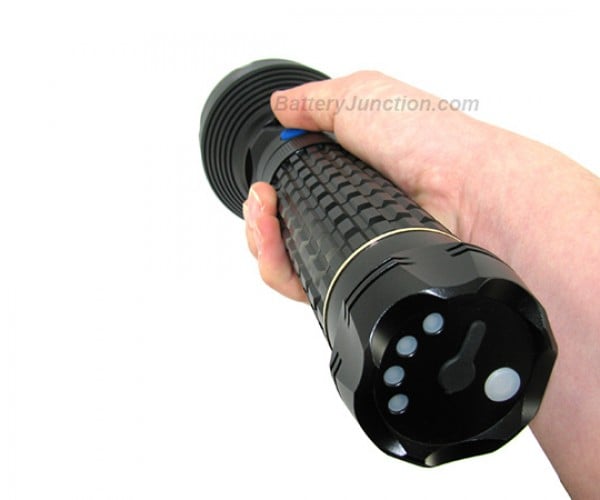 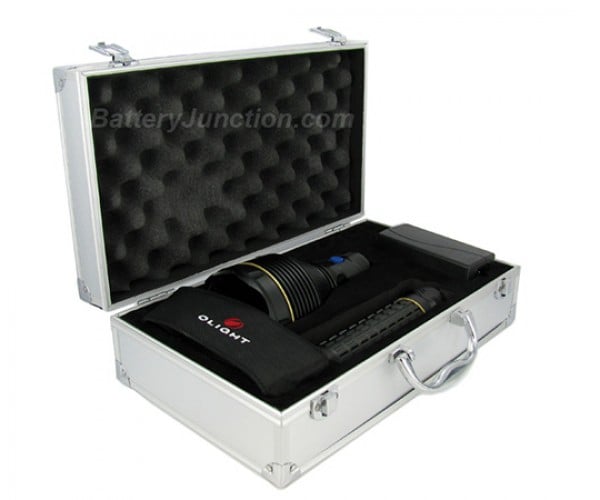 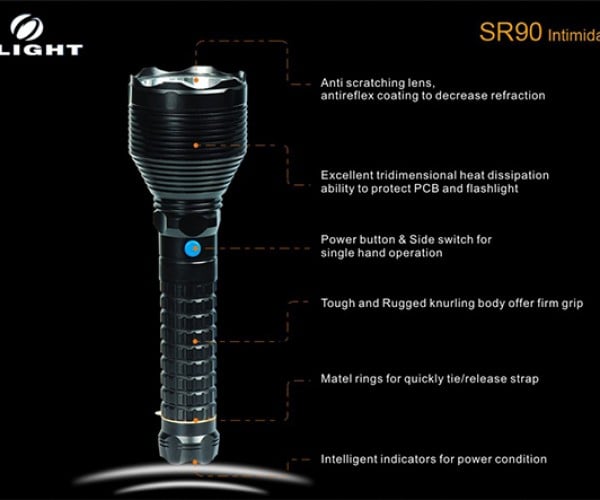 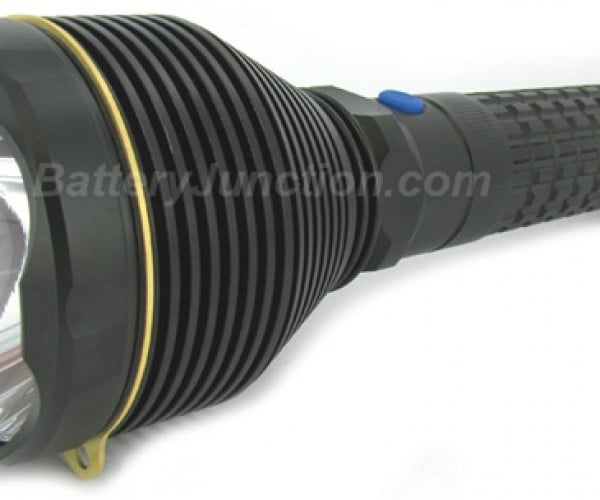 Its phenomenal lighting powers comes at a price though, and I’m not just talking about how much it costs. The SR90 is 13.23 in long and weighs almost 3.5 lbs. And yes, it’s expensive. As of this writing Battery Junction is selling SR90s for $450 (USD), and that’s already discounted by $100. This is definitely not for mere blackouts.

Check out the video below to see the Intimidator being put through its paces by a guy who’s totally dressed for the occasion: