11th Doctor Gets His Own Sonic Screwdriver Replica

Matt Smith, the 11th Doctor has been on the air for over a year now, and it’s  high time for a replica of his sonic screwdriver to be made. Just like the Doctor changes bodies when he regenerates, the same thing happens to his tech. 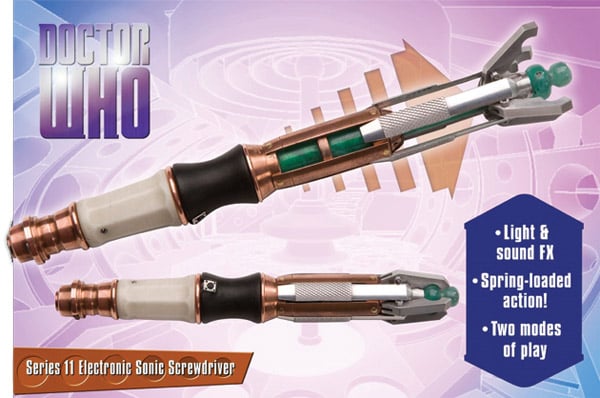 This replica comes with a green LED light and spring-loaded extending action. There is a button that activates the sound effects and LED lights. While this sonic screwdriver won’t let you do what the real one does, it looks like the real fake thing.

The 11th Doctor Who Sonic Screwdriver Prop Replica is available over at Amazon for $24 (USD). Money well spent? Let us know. I have to admit that I wanted lightsaber replicas for a long time, but ultimately was disappointed in the ones that were available without spending  tons of money.