The iPad 2 was just announced this week and it’s interesting to see it compared to the other tablets that are currently on the market. GeeksAreSexy compares the iPad 2 to the Motorola Xoom, the Samsung Sliding PC 7, and the Notion Ink Adam. 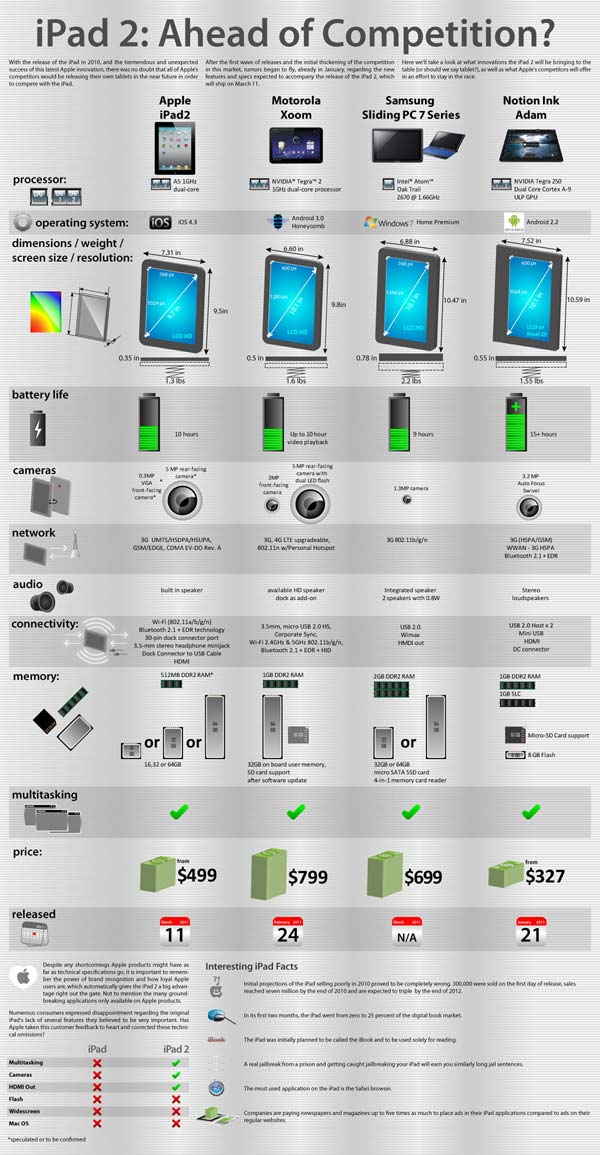 The iPad 2 starts out at $499 (USD), but that’s just for the base model. The 64GB 3G+WiFi version will set you back a cool $829. Apple’s main advantage is that this is the second generation of their tablet so they’ve had time to polish the device even further. The competition is just playing catch-up.

Will you get an iPad 2? I might since I don’t have one, but I don’t like how closed iOS is. I prefer to be able to do what I want with my computers, not have Apple decide what I can install.