Kinetris: Play Tetris the Way It Wasn’t Meant to Be Played

Ever wanted to play Tetris using gestures, Minority Report-style? Me neither. But hacking and common sense don’t always go together; sometimes people love to do things just because they can do it. Case in point, Conan Chen’s Kinetris project. As its name implies, Chen made a game of Tetris that is played using the Kinect. 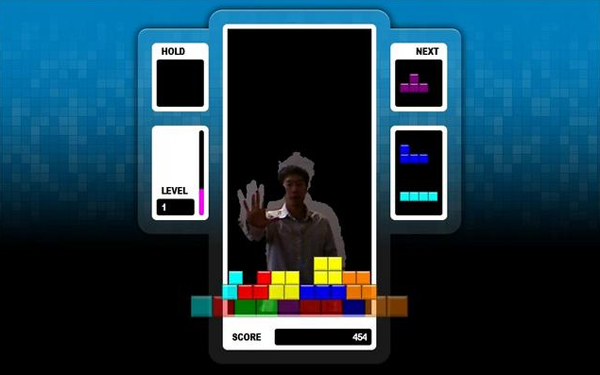 Unlike the original game, Kinetris is easier in that the next block won’t fall until you want them to, giving you time to position or rotate the block. That advantage is all but necessary, because otherwise it’s quite a tedious way to play the game. Here’s Kinetris in action, complete with a parody of the Tetris soundtrack that you may or may not find funny:

I got tired just from watching Kinetris being played. I’m not sure if I’d want to play any puzzle game on Kinect, unless we count this one as a puzzle. Still, if you’re interested, just contact Chen and he’d probably be more than willing to share the game or its source code.