Necono: This Cat is a Camera

Leave it to the wacky Japanese gadget makers to come up with a camera that doesn’t look like a camera at all. Instead, this digital camera looks like a cat. 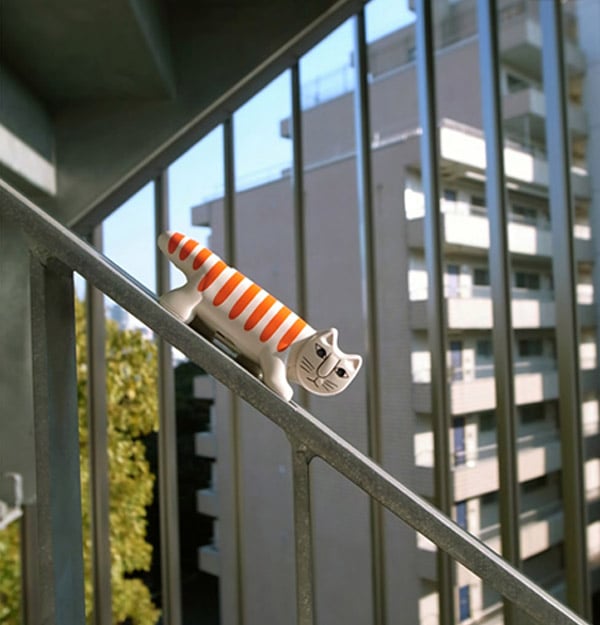 Designed by Japan’s Powershovel and Scandanavian designer Lisa Larson, the Necono digital camera not only looks like a little stripey cat, he’s got tiny magnetic feet, so you can hide him in inconspicuous locations and snap pictures. 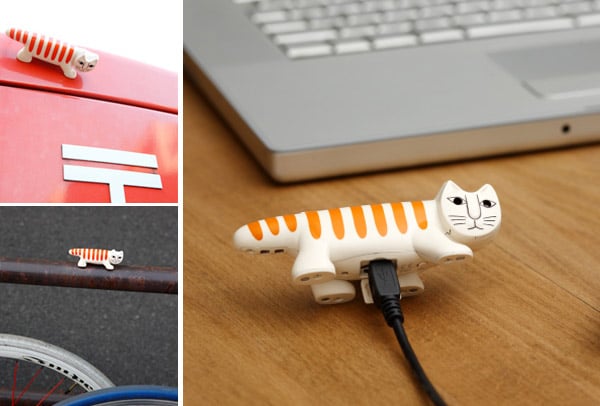 While the cat doesn’t have a built-in LCD monitor, it does have a self-timer and interval modes which can grab unattended photos of whatever it may see out of it’s cat’s eyes. Actually, one eye is the camera, and the other is the self-timer’s LED indicator. And the little stretchy cat has a USB and A/V out connectors in his belly so you can download images to your computer or watch them on your TV.

The camera grabs low resolution (3MP) images and (640×480) videos onto a microSD card, and has modes like “vivid color” and “bitter black and white” to create a variety of artsy-fartsy images. They’re also offering a base that does add an LCD monitor, but I think it’s the wacky, impromptu photos this cat can capture on his own that are the real reason to own this thing anyhow. 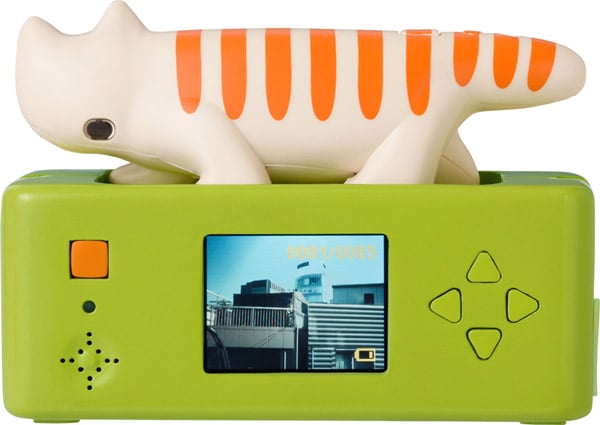