The phone isn’t so much shaped like a human to me as it is shaped like some sort of weird leftover from a horror flick where the human melted and lost his arms and legs. This phone is just downright creepy. It comes by way of those crazy cats from Japan that want to make everything robotic looking. 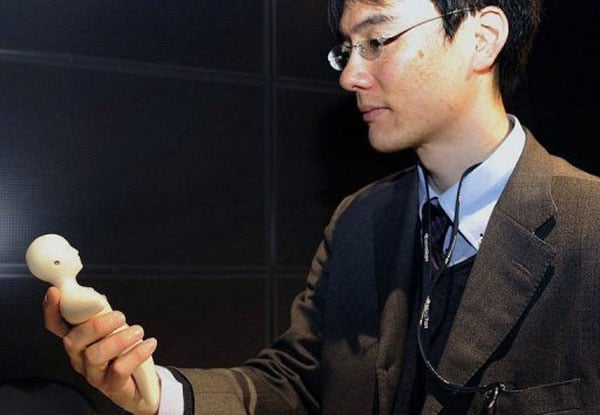 Supposedly, the human-shaped phone has a skin-like outer layer to make you feel closer to the person on the other end. I don’t even want to know why the bottom of the phone is so phallic looking. A geek from the Advanced Telecommunications Research Institute International said, “The mobile phone may feel like the person you are talking to.”

Seriously? I wonder if these guys have ever touched a real person. The speaker for the phone is inside the head and a LED in the chest turned blue when the phone is in use and is red in standby mode. I wonder how you dial the thing.