Fixed Samsung WinPho 7 Update Bug Not So Fixed After All?

There were a lot of angry Samsung branded Windows Phone 7 users that weren’t able to get the update to the WinPho 7 OS thanks to some sort of error that was bricking the devices last week. Microsoft said that it has fixed that issue and put the update back up for Samsung folks to grab after removing it due to the failures. 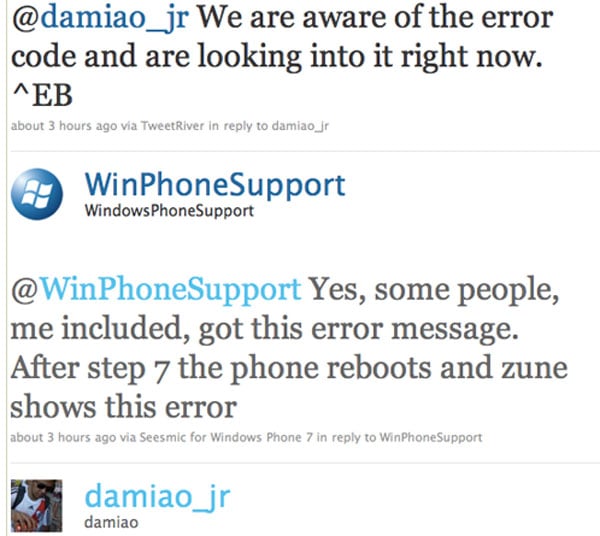 Apparently, the update wasn’t so fixed after all since some users are now getting another error that makes the update fail. The error message reportedly comes after step 7 in the update process where the phone reboots. The error pops up in Zune it seems.

The error was confirmed by WinPhoneSupport via Twitter and they are looking into the issue. I would say that if you own a Samsung Windows Phone 7 handset you need to just skip the update for now and wait until all the issues are ironed out.