I think that the Motorola Xoom sounds really cool, and I was interested in the thing when we first heard about it. Then the pricing started to surface and I thought it was too expensive to take a chance on. But, if you can live with the WiFi only version of the tablet (and most of us can) you can get it at a decent price in Sam’s Club warehouse stores. 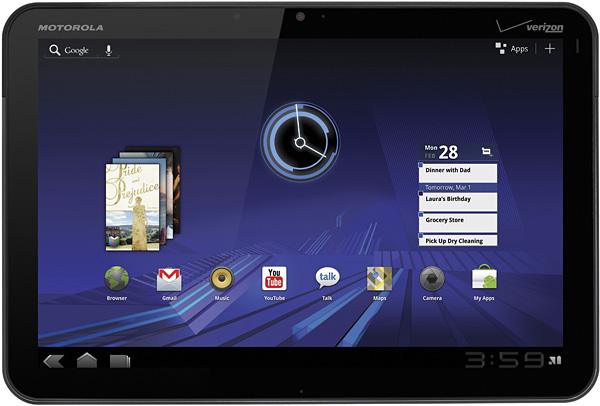 Some pics of displays for the Xoom at Sam’s have surface with the WiFi only tablet priced at $539. That makes the Xoom only about $50 more than the entry-level iPad 2. I guess that $40 difference will certainly make a lot of tablet shoppers take pause as they consider what to buy. 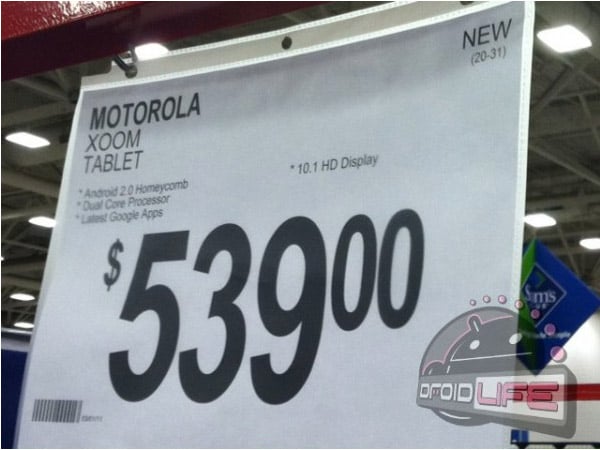 The official price mentioned only a few weeks back by Motorola’s CEO was $599. If the $539 price at Sam’s isn’t short term or sale pricing, perhaps Motorola realized that pricing the Xoom $100 higher than the iPad 2 wouldn’t be a good thing for sales.