Invisible Paintings Show Up Only After You Take a Pic

I’ve always enjoyed modern art, but involving the viewer with these paintings that only become visible after you take a photo with your cell phone or your camera is genius. 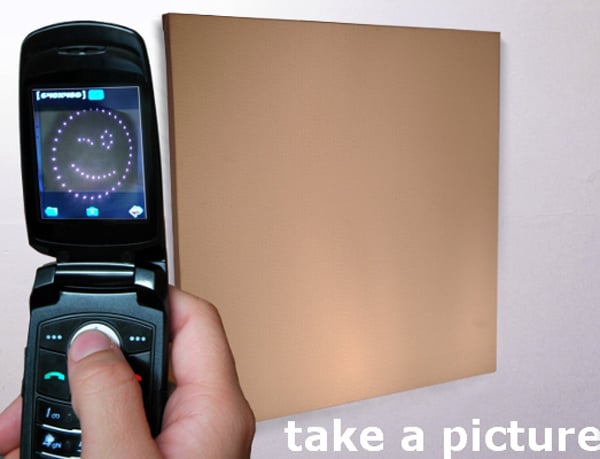 The project is called Take a Picture and it was created by Brad Blucher and Kyle Clements, two artists from Toronto. Their paintings are actually IR LED mosaics that are assembled behind blank canvases. This means that they are completely invisible to the naked eye. However, the IR light is detectable by the CCD sensor in your digital camera or your smartphone.

It’s kind of like augmented reality, since you can only see the image through the camera’s lens. I like the fact that they used IR LEDs to get this effect, not just IR paint so they can display different images at different times if they wanted to.