AT-AT Snow Sculpture Holds Up to Little Kids, But Not a Rebel Attack

I know that making AT-ATs out of snow has been one way of using up some of the massive snowfall that’s been plaguing the U.S. this season, but I have to say that this one from Norway actually looks pretty awesome too. 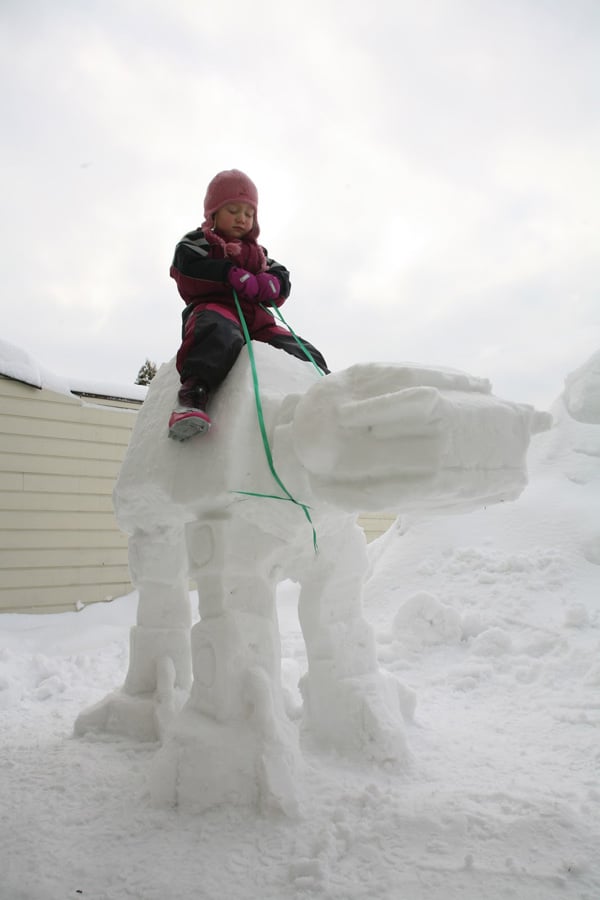 Mexican Viking recently created this one and it does look quite good. He made sure to follow the overall look of an AT-AT by checking out an image he found over at the Star Wars wiki. 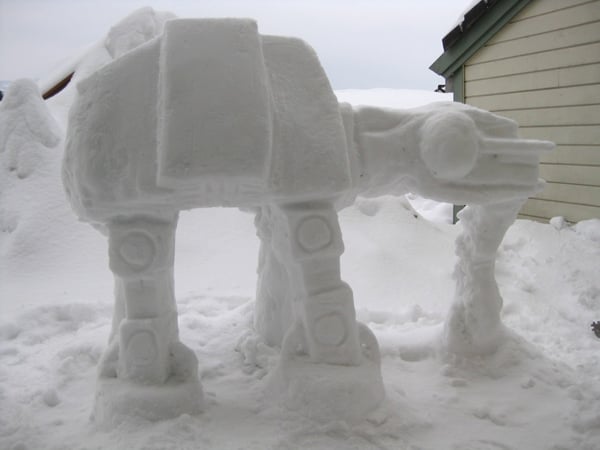 As he built the sculpture, he had to allow the snow to harden before removing that supporting leg under its head. Then, he let harden it some more before adding his children. 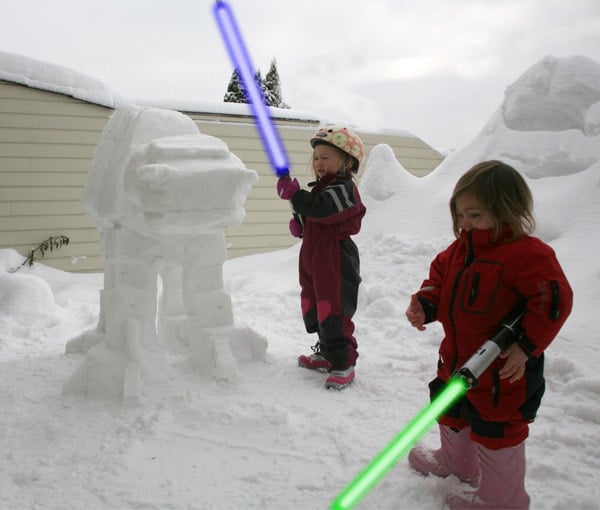 It’s perfect to let your kids have some winter fun and pretend to ride an AT-AT. After all, we all know that AT-AT make great pets.