We already featured one of Hiroshi Ishiguro’s Geminoid-F androids a while back. You’ll see how the people working on the robot are getting closer and closer to making something that’s indistinguishable from a real human. 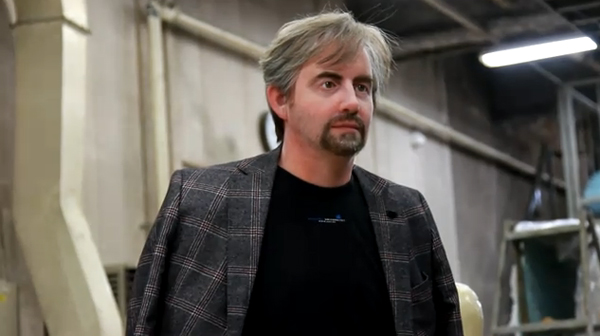 This is Geminoid-DK, the first of its kind that’s being built outside Japan. It was created to “advance android science and philosophy”, and answer questions regarding identity, presence and what makes a human being human. I feel like I’m in an episode of Ghost in the Shell. Here’s a thoroughly amazing and/or creepy demo of Geminoid-DK:

Here’s the first time he smiled. The nervous laughter you’ll hear in the background are from Geminoid DK’s designers, who are no doubt wondering what the hell it is that they have done:

I think the android’s breathing is a bit exaggerated, the skin is a bit pasty and the hair is dead giveaway that he’s not a real man. And yet I’m calling him he. Just a few more tweaks, and then we’re screwed. Nah. Bruce Willis will save us.

[via CrunchGear via Switched]