I am at times a crane game savant. You know the game at the store where you can win prizes by grabbing them with the gaping maw of a crane scoop. I once won two toys in a row from that thing, and now each time we go to the store my daughter begs me to win her some toys. A couple geeks have invented what may well be the next generation of that crane game. 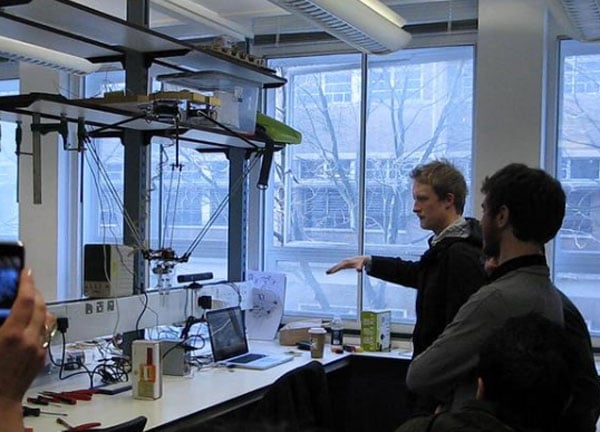 Rather than using a joystick to control the crane built by students Miriam Dall’Igna, Criaco Castro, and Enrique Ramos, their contraption uses gestures. The project was for some sort of digital ecologies class at their college and it’s very cool. They took a Kinect and an Arduino controller and cobbled them together to control a claw that can pick things up.

The opening and closing of the gripper and the position of the arm are all controlled by gestures using the Kinect to sense the movement. Check out the video above to see the thing in action. I love it when the guy leans forward and the hand almost punches him in the face.