The guys at Nokia and Burton have collaborated to create a custom rig which allows them to track key statistics from snowboarders as they careen down the mountainside. 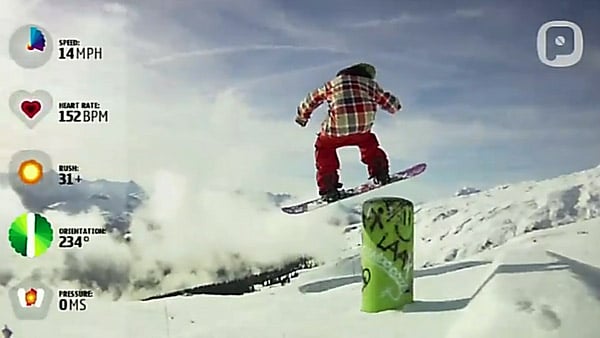 Using the GPS inside of the Nokia N8 smartphone, along with additional sensors on the snowboarder’s body and board, PushSnowboarding is able to report on critical stats like speed, airtime and altitude and send them back to the N8 for later review. The sensor kit can actually measure heart rate, orientation, pressure, and even the “rush” the rider senses. 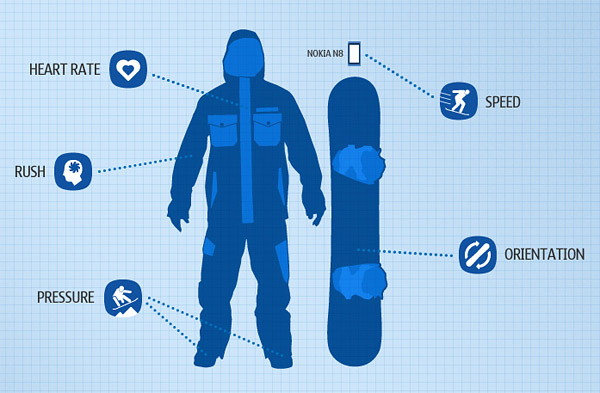 The kit uses a variety of sensors connected to Arduino processors, each of which transmit data back to the phone via Bluetooth. 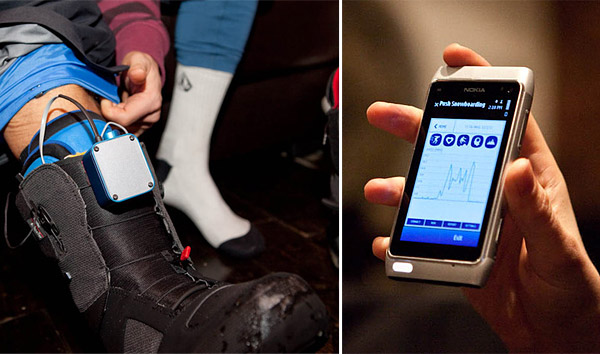 Most of the sensors measure real physical statistics, the “rush” sensor simply measures galvanic skin response – which is often used in so-called “lie detectors”, so it could just be telling us the snowboarder is about to tell a terrible lie too. Snake oil science aside, the whole getup is still pretty cool. 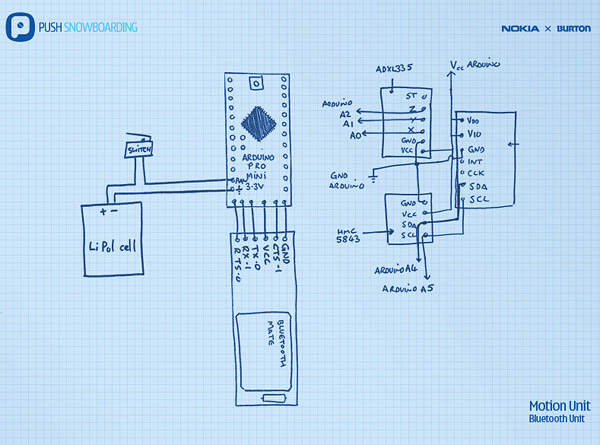 This week, the team has headed out to the Burton Snowboard US Open to show off the system in action, and to capture a bunch of new rider data. For now, we’ve got footage from their last outing, back at the European event back in January so you can see how it works:

What’s really cool about the Push Snowboarding project is that it’s an open platform, so you can actually go up on their site and grab the code, schematics and even sampled rider data to play with.