As addictive as the seemingly simple but obviously complicated Angry Birds game is, I wonder what will be next. It seems that creating new levels and birds isn’t what that will be. I think Tiny Wings is where it will be happening next. 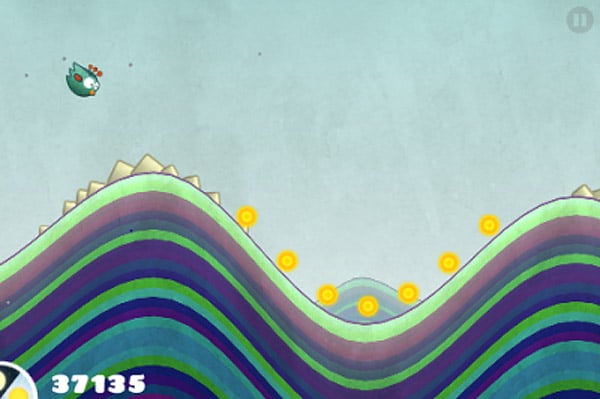 The game is the brainchild of Andreas Illiger and basically, you have to make an (angry?) fat bird fly by using the downward momentum he gains going downhill. You simply touch the screen when heading down, and let up when going up. It sounds simple, but it takes a long time to master. It’s more of a platformer than a puzzle game, but I think that’s good. The game includes procedural graphics, meaning that each time you play, the game levels change to keep you on your toes.

You can go around discovering more islands as you take big jumps off hills. It’s currently available for just $0.99 at the App Store for iPod Touch, iPhone and iPad (but not in HD).