If you like long hot showers in the morning and a bit of music to go with it to wake up we have the radio for you. You can buy all sorts of radios that are made for use in the shower that can survive the water. All of those need batteries though and that means you have to eventually replace batteries. 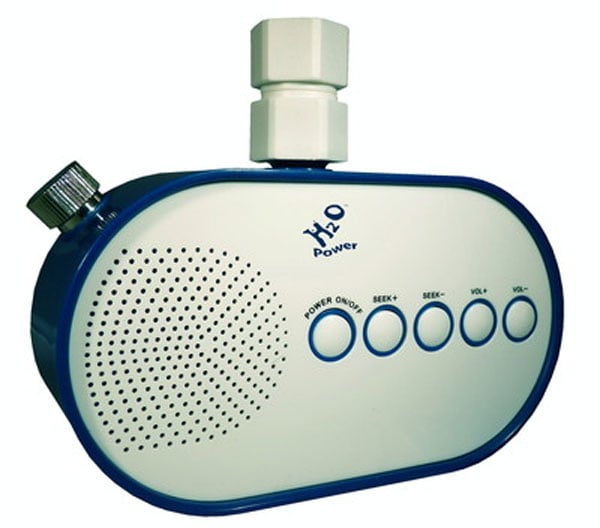 A new shower radio has surfaced that is called the H2O Shower Powered Radio and the device actually gathers its power from the force of running water in the shower. It uses a little H2O micro-turbine to drive a generator that creates the power needed to run the radio. The power doesn’t run the radio directly, but is used to charge an internal battery.

The device connects to a shower hose and the designer says it will fit 99% of showers. I would assume that showers in Europe are different from what we have in the states as I have never had a shower that had a hose that could connect to this thing in my life. You can pick it up in Europe for £34.99 from one of these retailers.