Artist Pawel Hynek‘s striking image isn’t all that recent, but it’s thought-provoking to say the least. The image features an almost derelict robot begging for power in exchange for processing data. It’s funny, but uncomfortable at the same time, since many people will lose or have lost their jobs due to automation. 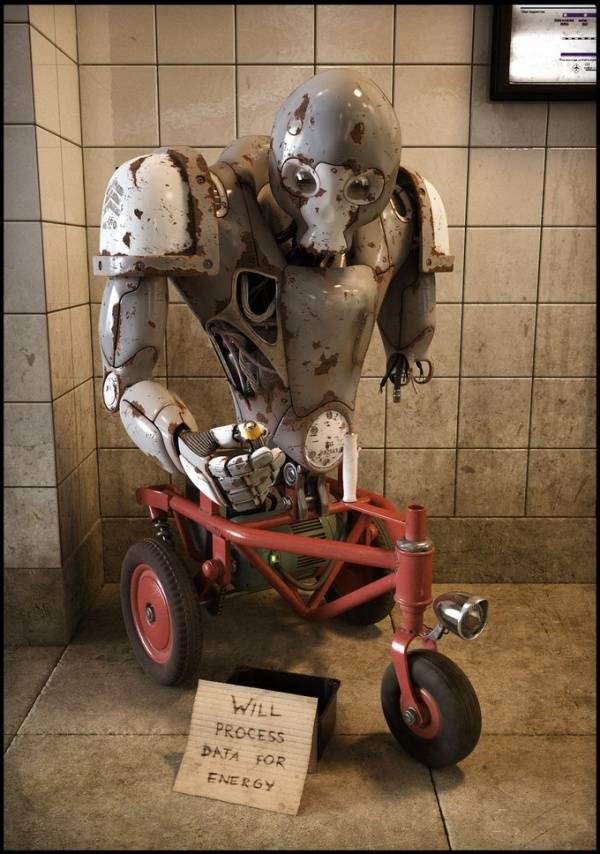 He created it back in 2006 and calls it Obsolete. The image It looks quite realistic, but was actually created using 3DS Max and rendered in V-Ray for learning purposes.

Pawel comments that the image was harder to render than to create, but he learned a lot about shaders and light. It’s kind of a window into the future, when even robots will lose their purpose/function due to progress.

[via JWZ via Boing Boing]