Aside from graphics, video game sound effects have gotten more complex over time as well. But does that mean that they have gotten better? What if the sound designers back then had access to the technology we have today? YouTube user virtjk made such an experiment, and he went after the Holy Grail of video games: Super Mario Brothers. 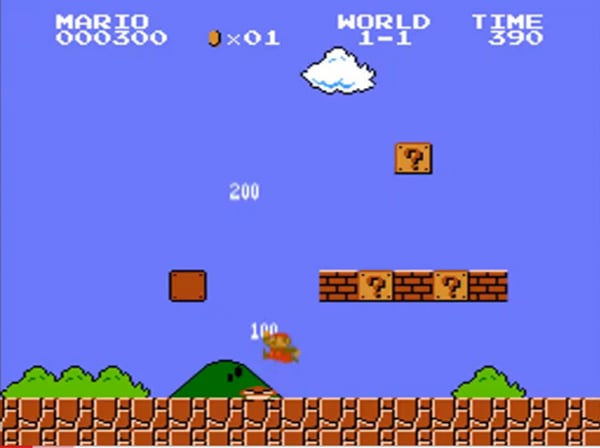 Obviously that screenshot tells you nothing, so here’s virtjk’s video:

That was… weird, to say the least. I found the disparity between the graphics and the sounds too distracting. Maybe if virtjk had also used a lesser known game I wouldn’t have been so put off. But it was hilarious and creative enough that it helped him get a job at Volition, developer of Descent, Saints Row and Red Faction, among other games. Good for him. He says he’s working on Pac-Man and Tetris next. If I had his skills I’d work on Pong and use the grunts and yelps of tennis players.